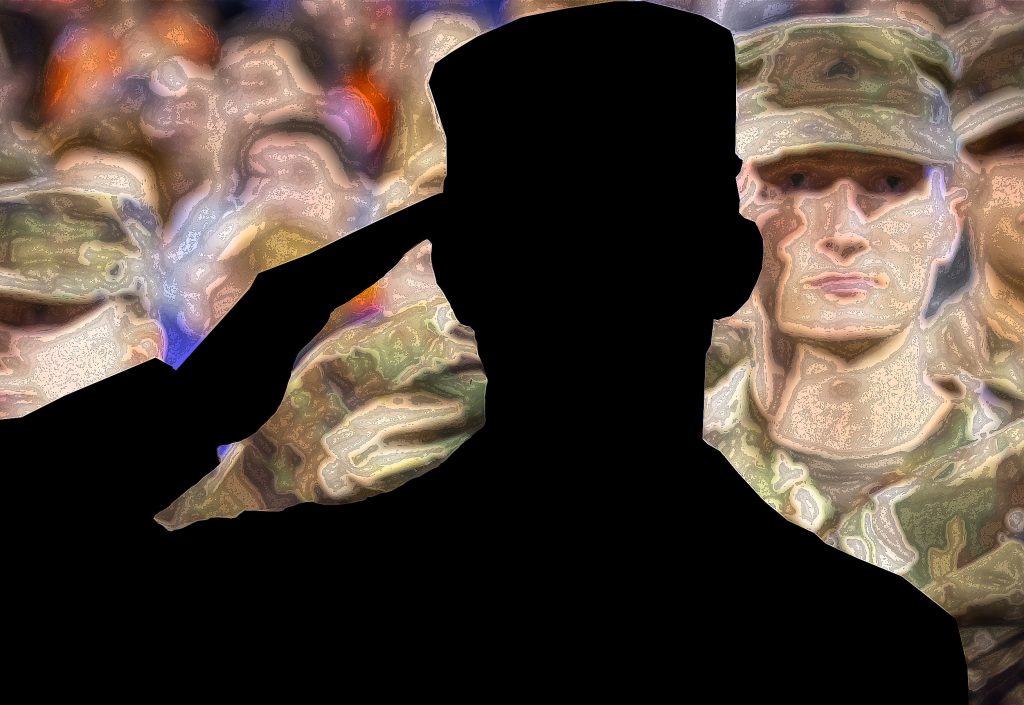 JANUARY 14, 2020 – After I exited the Marine Corps in 2007, I spent two years essentially just drinking a lot. I wasn’t homeless or anything. But I certainly wasn’t doing anything with my life either. And it definitely wasn’t good for me.

It also seemed that I wasn’t the only one. Many of the people I served with found themselves in similar predicaments. Our conversations often centered around a feeling of aimlessness. Sometimes the question was explicit. “What do I do now?”

That was the sticking point. And the lack of direction was the source of the internal turmoil.

But, there was something more subtle at play here. Our attempts at finding some direction were often upended by a simple misunderstanding of what we were seeking. It was easy to think that after the military was the time to settle into some sort of peaceful existence.

But, the idea of peace can be very confusing. We often envision peace as a lack of chaos, some sort of stillness. But that definition creates more void than it fills.

A more useful definition of peace is the presence of order. Even a very busy person can be at peace, if their actions are orderly and purposeful. There’s no need to stop moving to find peace. But the idea that peace is a type of stillness leads many veterans to sort of power down after completing their terms of service. All the chaos and noise that military life has heaped upon them is gone.

So now it’s time to be still, right?

The first thing to understand is that being in the military actually is peaceful. Not because every day is predictable or easy. It’s peaceful because the objective is clear.

Looking back, it’s clear that my life was simplest when I was in the military, because certain things were never in question. Amid all the chaos, the goalposts never moved. In some ways, it just feels better to have certain things chosen for you, even when most other things are unpredictable and dangerous.

But, when one exits the military, those goalposts completely disappear.

The follow-on mission is find order in action. Life isn’t over. It’s not all downhill from here. A new objective needs to be established. Set up new goalposts.

Of course, that’s not as easy as it sounds. Most veterans received maybe a 20 minute presentation on how to transition out of the military. Things may have improved since 2007. But the transition training provided very little real direction or perspective that would help veterans even understand the problem they were facing.

Interestingly, the problem is one that most people work out first thing after they step out of high school. It might take a few years of rattling around in college or a few dead-end jobs. But it gets taken care of.

But those who joined the military put all that off in favor of focusing on the duties of service. So they must go through the process of finding their own direction a few years later, with the added wrinkle that they must also reconcile their future with their past. Additionally, they must go through this process in the presence of many who have already done it.

It’s a tough spot to be in.

But getting through that spot is key to finding the peace that we seek. The objective must be stabilized to bring order to the actions.

The good news is that the objective can be anything you want. Unlike the military, there aren’t very many rules governing what you can do with your life out in the ordinary world.

But the objective must be identified. Otherwise you might just end up drinking a lot. Life will feel chaotic because there’s nothing to bring order to the action.

In this case, peace isn’t the absence of chaos. It’s the presence of order. Order cannot be achieved through the lack of action. Order requires action. And an objective must be established for action to be orderly.

That objective doesn’t need to be anything grand or profound. It can be a simple as going to church every weekend or studying scriptures every day. Or skiing 100 days a year. Or riding your bike across the country. There’s nothing cosmic about it.

Establishing this point is so important because it brings order to your day-to-day life. If you want to ski 100 days a year, you need some way to fund that hobby. And you need the days off or work schedule that allows for that many ski days.

So, now you need to find a way to make money that fits those income and scheduling criteria.

Just like military operations, the goal cascades downward to guide even the small actions.

In the end, finding peace after the military is a matter of a misidentified problem. The goal is not to come to rest. The goal is to find something that you find peace in doing.

Jay is a pro free speech business owner based in Austin, Texas. Having lived through several natural disasters and more than a few man-made ones (hello 2008), he believes that resilience and self-sufficiency are essential in this increasingly unpredictable world. That’s why he started a business! Jay writes over at Minuteman Review.