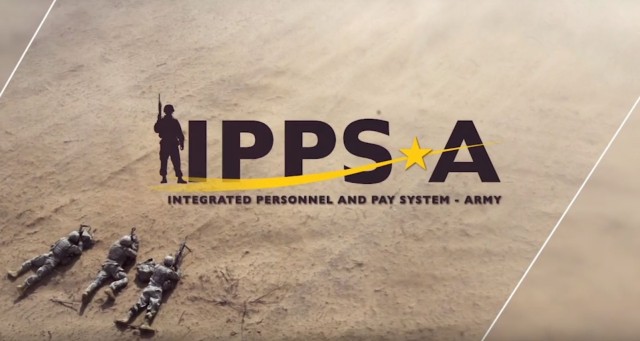 FEBRUARY 1, 2021 – In anticipation of an Army-wide release of the Integrated Personnel and Pay System-Army, program officials requested Friday that all active-duty and Reserve Soldiers verify their military and pay records before the service goes live in December.

Next year, close to 1.1 million Soldiers will have access to IPPS-A, a web-based human resources system that integrates personnel, pay and talent management functions that will also be accessible on mobile devices, said Roy Wallace, the assistant deputy chief of staff, G-1.

Army leaders will soon have visibility of all personnel under one system once the remaining force transitions under “release 3” of the IPPS-A transition, he added. Therefore, it is essential that all active and Reserve Soldiers review, verify, and monitor their military records to ensure a seamless transition.

Soldiers will need to reach out to their unit S-1 to verify their basic pay and assignment information, active-duty service and promotion dates, military education and training records, and other applicable military record information, Johnson said.

Conducting a proper review will ensure a Soldier’s data is correct before it populates under IPPS-A at the end of the year.

The shift to IPPS-A is slated to eliminate close to 40 HR and pay related systems by 2025, as program leads continue to merge all of the Army’s payroll applications under “release 4” of the program.

“One of the biggest problems that IPPS-A is solving is that there are [close to 200] HR and pay systems throughout the Army,” Johnson said. “We are consolidating these systems down into one focal point.”

Providing Soldiers access to their records under one centralized system will help increase transparency, he added. Personnel actions generated in IPPS-A will automatically generate a notification and send it to the Solider and appropriate personnel.

If a Soldier submits a leave form, they can track it through the chain of command’s approval process, he said.

IPPS-A will also serve as a foundation to facilitate the Army Talent Alignment Process. ATAP is a decentralized, regulated, market-style hiring system that aligns officers with jobs based on their preferences.

Personnel currently use the Assignment Interactive Module 2.0 until it transitions to IPPS-A, program officials said. Through the new system, commanders will have access to enhanced decision-making and search-and-match capabilities, giving them the ability to match a Soldier’s knowledge, skills and behaviors, or KSBs, to critical positions.