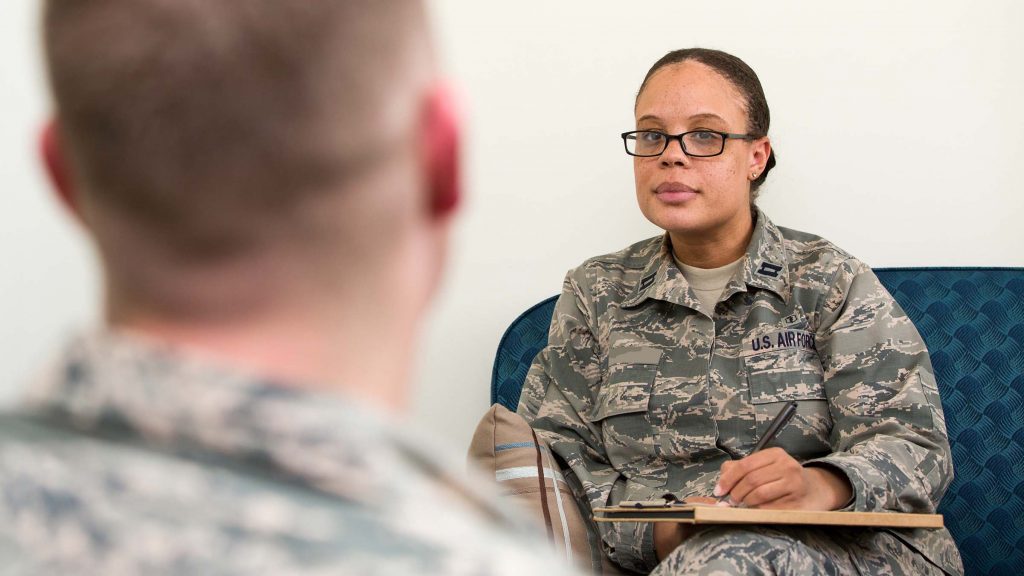 OCTOBER 22, 2018 – According to the Veterans Administration National Suicide Data Report from 2016, the suicide rate of United States servicemembers is rising at an alarming rate. The act of enlisting in the military, even without any preexisting conditions, put individuals at an increased risk to experience life-altering struggles during their service and afterward as well. Servicemembers fall victim to mental health concerns or behavioral problems often during deployments and similarly when they transition back to becoming everyday civilians.

This past April, the Army made the decision to ease recruitment restrictions which were initially in place to prohibit those with mood disorders from joining the ranks. While the decision took place with the hopes that it would encourage more individuals to join the Army and boost military recruitment numbers, it begs several major questions: What impacts will military service have on these individuals with pre-existing mental health concerns? How does this action affect the military and the Veterans Administration with their attempts to tackle the chronic issue of suicidality rates amongst servicemembers and veterans? These individuals are already at greater risk of experiencing difficulty in coping, which is a crucial skill that is necessary to overcome the possible depression and hardships that are a common experience for servicemembers.

While allowing more individuals the opportunity to serve their country is a positive movement, it does not come without a need for increased efforts in preventing further servicemembers and veterans from taking their own lives.

Instead, the military should rethink their approach. If it will continue to brush aside the preexisting mental health concerns coming from recruits, it should establish further support groups for servicemembers and reintegration programs and resources for those that are being discharged and attempting to reintegrate into society. Basic training should adopt new lessons that directly focus on mental health and wellness techniques. Non-commissioned officers and officers alike should have a mandatory protocol in periodically assessing their own mental well-being and delegating their soldiers to do the same.

No servicemember should be forced to face his or her experiences alone, yet we have a military that allows this on a daily basis. The result? A suicide rate that is gradually rising and one that is significantly higher than that of non-military members, as reported by the VA.

We are always thanking servicemembers for their sacrifices and honoring them every patriotic holiday, often having little to no clue what they experience during their time in service and the persistent reminders following their time as active duty. We do know however that the suicidality rate amongst them is extremely high and that the military can take further appropriate measures to prevent it from getting worse. Lifting restrictions on mental health conditions in order to meet recruitment numbers, without taking a hard look at the preventative measures in place for addressing servicemembers’ mental health, is not a positive step towards alleviating this ongoing pain and suffering.