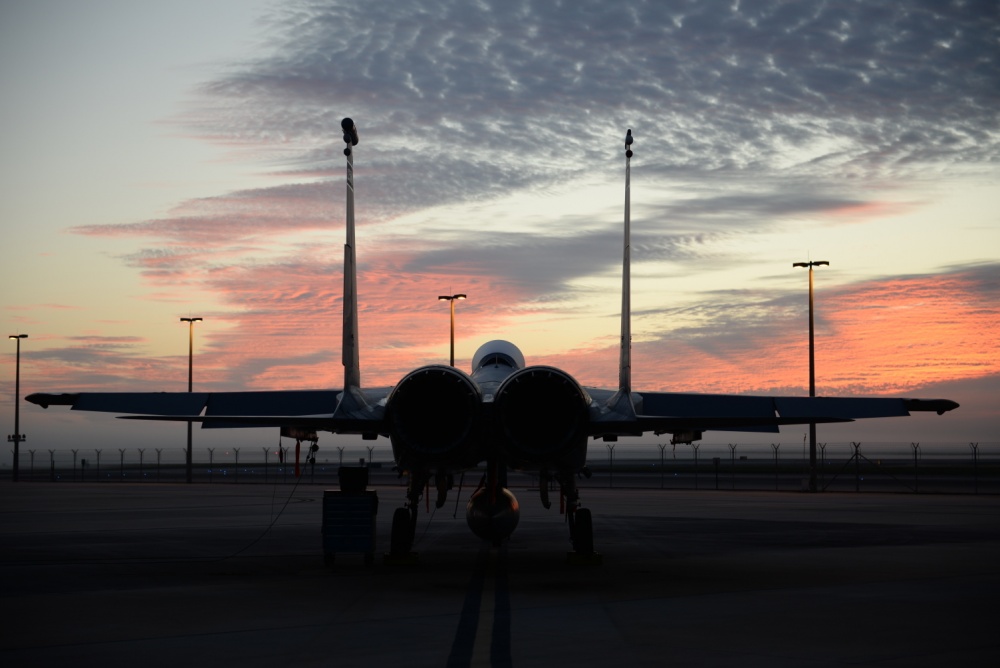 FEBRUARY 1, 2020 – It’s the smell of sweet barbecue blending with steam rising from freshly baked apple pie. It’s friends and families gathered across the nation, rooting and rivaling as if each were on the gridiron. It’s the roar of the crowd honoring the flag in the home of the brave.

Sunday night may be one of the most exciting matchups of all time. The storylines foretell a great game in the making.

It’s the unstressed, five Super Bowl winning veteran 49ers that have their own best-in-league offensive playmakers vs. the 50-year-drought Chiefs who haven’t seen a Super Bowl since the moon landing.

An estimated 100 million people will watch this championship game, but the men and women of the NORAD will have our eyes elsewhere. For the 19th straight year, NORAD will be watching the skies.

You see, the North American Aerospace Defense Command will be protecting the skies above Hard Rock Stadium in Miami leading up to and during the big game with fighter aircraft and aircrews enforcing the Federal Aviation Administration’s temporary flight-restricted zone.

“It is a great honor to work with the FAA, Customs and Border Patrol, Department of Homeland Security, and our military services to protect our nations, our people and our way of life,” said General Terrence O’Shaughnessy, Commander NORAD. “The partnerships, collaboration and execution of our NORAD mission for the Super Bowl are conducted year round; on Super Bowl Sunday and every day – We have the watch.”

NORAD is responsible for detecting, deterring, defending and if necessary, defeating any aviation threat to the United States and Canada. NORAD’s support to the Super Bowl has occurred annually since 2002.

Defense of the homelands is NORAD’s top priority. NORAD is on alert around the clock, every day. For 60 years, NORAD aircraft have identified and intercepted potential air threats to North America in the execution of its aerospace warning, aerospace control and maritime warning missions.