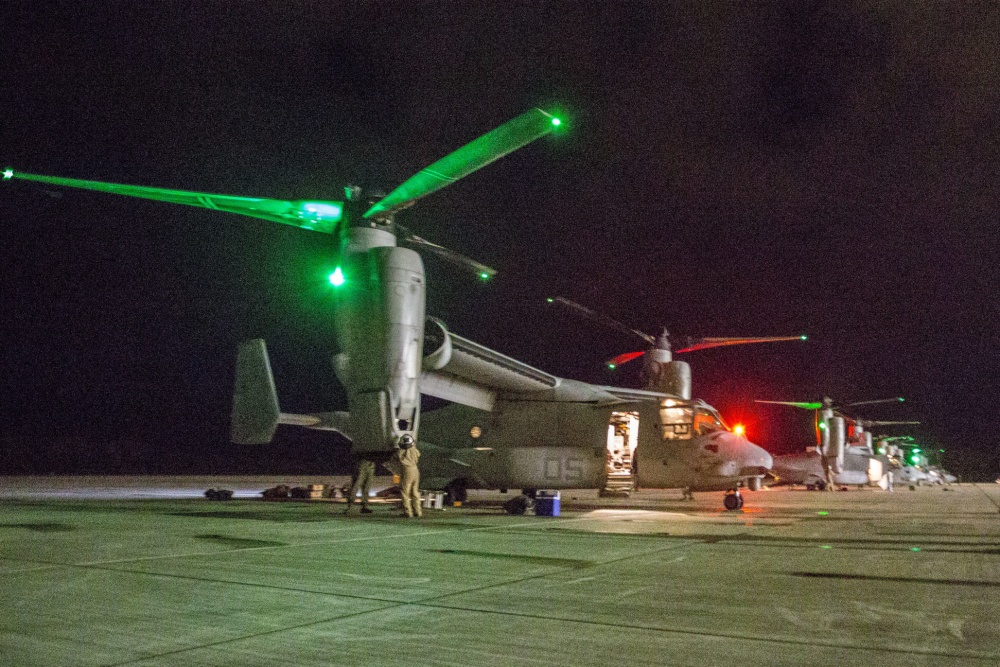 OCTOBER 2, 2018, Marine Corps Base Hawaii – Eight MV-22 Ospreys from Marine Medium Tiltrotor Squadron 268 successfully completed a trans-Pacific flight from Darwin, Australia to Marine Corps Base Kaneohe Bay, Hawaii, on Sept. 28. This is the second time in 18 months that the 1st Marine Aircraft Wing and VMM-268 have successfully completed this flight.

Flights like these demonstrate the Marine Corps’ reach and responsiveness in the Indo-Pacific and showcase the capability of our aircraft to get where they need to be within hours. This year’s flight doubles the amount of aircraft from last year’s flight of four Ospreys. The tiltrotor aircraft flew more than 5,300 nautical miles and conducted minimal, scheduled stops to refuel and rest.

These trans-Pacific flights present an invaluable training opportunity for the Marines, which require extensive planning and flawless execution in order to successfully make one of the longest MV-22 flights in the world. Additionally, these flights require coordination for aerial refueling using KC-130J Hercules from Marine Aerial Refueler Transport Squadron 152 as well as maintaining continuous satellite communication across the Pacific.