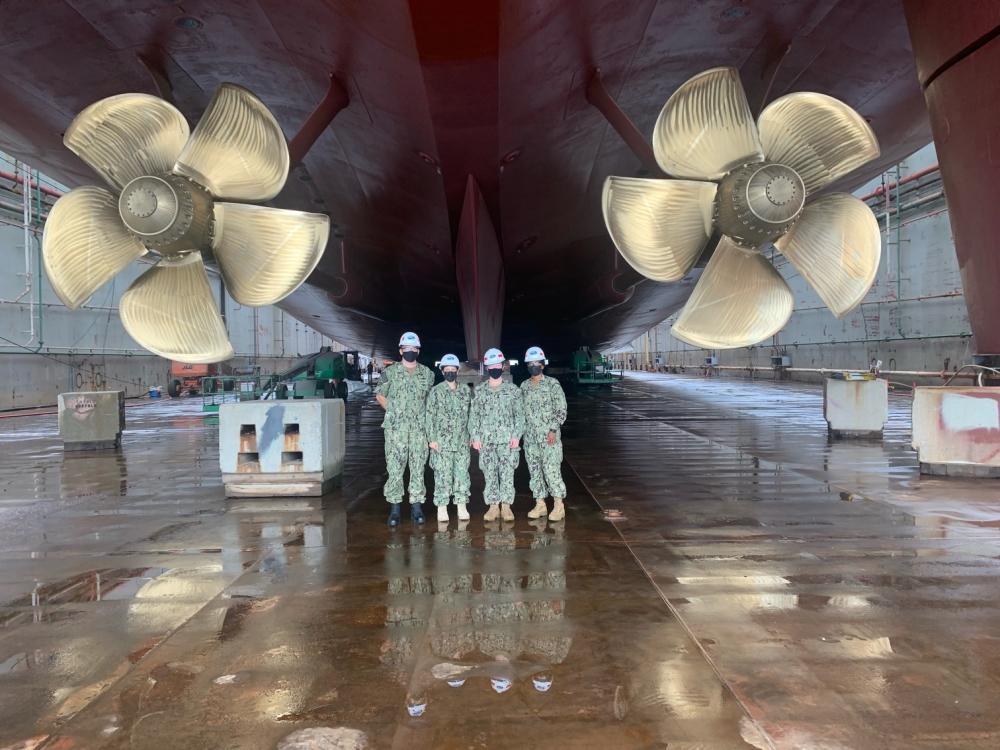 SEPTEMBER 13, 2021 – On the 20th anniversary of the terrorist attacks of September 11, USS New York (LPD 21) undocked ahead of schedule at General Dynamics NASSCO-Norfolk.

New York has significant ties to the tragic events that occurred two decades ago as seven and a half tons of steel salvaged from the collapsed World Trade Center were used in construction of the ship’s stem bar, part of the ship’s bow, which was laid in September 2003.

During it’s time in dry-dock the ship began the cleaning and pumping of all tanks and voids, completed the cleaning of auxiliary sea water and generator sea water piping systems, as well as conducted underwater hull preservation.

“Throughout New York’s dry-dock period our crew, NASSCO and MARMC teams adopted the same sense of teamwork that engulfed our Nation following the 9/11 attacks,” said New York Commanding Officer Capt. Javier Gonzalez. “This mindset allowed us to expedite significant repairs in order to undock successfully on the anniversary of those tragic events that impacted the nation and our namesake.”

The sailors onboard USS New York continue to show support and commitment to the families associated with their namesake ship. In late August, the New York crew, MARMC and NASSCO personnel began collecting donations for the September 11th Families’ Association which supports victims of terrorism.

“We are proud of the progress on USS New York as well as the contributions for the September 11th Families’ Association that will help support the families forever changed by that day,” said NASSCO-Norfolk General Manager, Kevin Terry. “There has been a lot of positive energy in the shipyard around USS New York as there is a sense of service to both those directly impacted by the events and to returning this warship back to Fleet – it has been a special project for everyone involved.”

The USS New York is scheduled to complete its maintenance availability in 2022.

MARMC, a field activity under Naval Sea Systems Command (NAVSEA), provides surface ship maintenance, management and oversight of private sector maintenance and fleet technical assistance to ships in the Mid-Atlantic region of the United States and provides support to the fifth and sixth Fleet Areas of Responsibility. They are also responsible for the floating dry-dock Dynamic (AFDL-6).