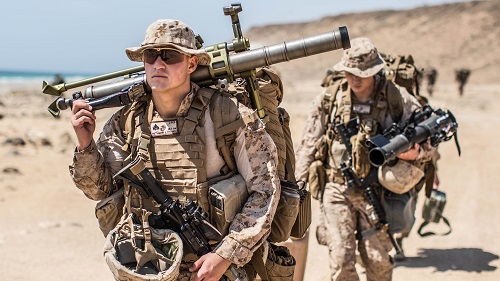 “Bilateral exercises, like Sea Soldier, are great opportunities for MEUs because Marines can disembark ships and conduct combat sustainment training in new, unfamiliar environments,” said Col. Clay C. Tipton, commanding officer, 11th MEU. “They have a chance to interact and learn from warriors of a different culture; and these exercises are conducted with key partners in the region to strengthen our collective ability to work together should we have to face emerging crises in the future.”

“Every opportunity we have to position and launch the landing forces embarked aboard the Somerset is also an opportunity for our Sailors to exercise their technical and tactical expertise,” said U.S. Navy Capt. Darren Glaser, commanding officer, USS Somerset. “Coming together as a larger, blue-green team in support of an exercise or a real world operation is exactly what we train to do.”