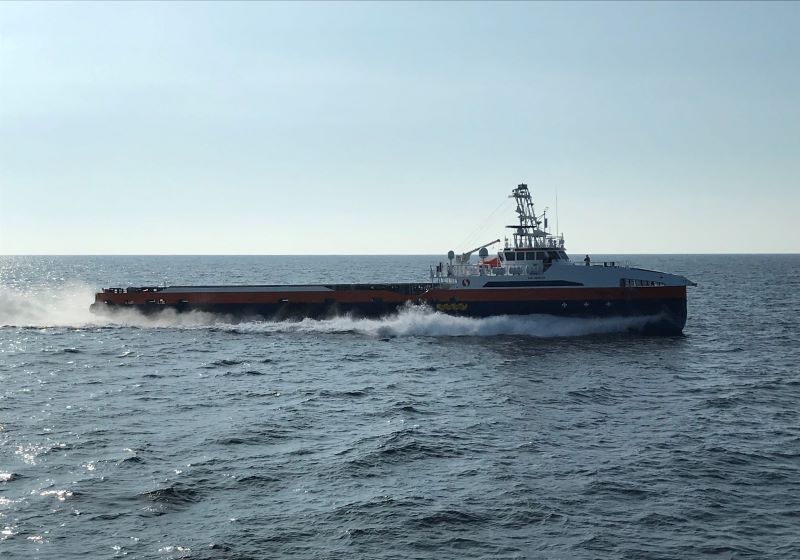 JUNE 8, 2021 – The Office of the Secretary of Defense Strategic Capabilities Office (SCO), in partnership with the U.S. Navy, recently conducted a second long-range autonomous transit with a Ghost Fleet Overlord Unmanned Surface Vessel (USV) from the Gulf Coast, passing through the Panama Canal, to the West Coast.

The unmanned vessel, named NOMAD, traveled 4,421 nautical miles (nm), 98 percent of which was in autonomous mode. The first Ghost Fleet Overlord vessel, RANGER, completed a similar transit in October 2020. Both USVs passed through the Panama Canal while in manual mode.

“This is another significant milestone for SCO’s Ghost Fleet Overlord program and supports the Navy’s Unmanned Campaign Framework by adding a second Overlord vessel to the West Coast. The SCO Ghost Fleet Overlord program serves to inform Navy prototype efforts by integrating mature technologies to accelerate Service priorities and is a key piece of the build a little, test a little, and learn a lot philosophy articulated in the Navy Unmanned Campaign Framework,” said SCO Director Jay Dryer.

The NOMAD USV is joining the RANGER USV to participate in fleet experimentation exercises to further mature the autonomy systems, demonstrate system reliability, and explore employment concepts for coordinated operations with manned combatants while stressing our command and control systems. Both vessels will continue to provide key system data, enable fleet operator feedback, and demonstrate capabilities essential to continued maturation and development of USV concepts of operation.

The Ghost Fleet Overlord program is currently in its second phase, which began in September 2019 and focuses on the integration of government-furnished command-and-control systems and payloads and more complex and challenging naval operations experimentation. Phase II is being conducted with the same vessels and industry teams that took part in Phase I and will conclude in early 2022, at which point both Ghost Fleet Overlord vessels will transition to the Navy for further experimentation.

The Ghost Fleet Overlord program, executed by SCO in partnership with Program Executive Office, Unmanned and Small Combatants, is playing a central role in informing the Navy’s new classes of USVs and serving as part of extensive technical risk-reduction efforts.

“Our close partnership with SCO on the Overlord program is accelerating the technology demonstration, CONOPs [concept of operations] development, and operational command and control of unmanned surface vessels in direct alignment with the Navy’s plans,” said Captain Pete Small, Navy Program Manager for USVs.

Two additional Ghost Fleet Overlord prototype USVs are currently under construction and will be used to expand and accelerate the Navy’s experimentation and testing.