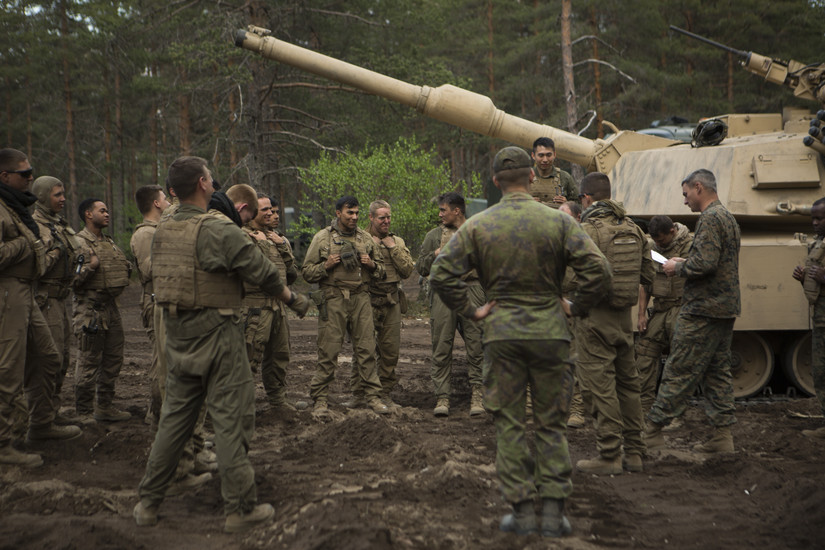 FEBRUARY 14, 2020 – The United States and the Taliban have agreed to a proposal for a reduction in violence in Afghanistan, and the Defense Department is working with allies on the path forward, Defense Secretary Dr. Mark T. Esper said.

“The best, if not only solution forward is a political agreement,” Esper said following his meeting with NATO defense ministers in Brussels today. “We have the basis for one on the table, and we are taking a hard look at it. We are consulting with our allies. We are consulting with Congress and others. And I think peace deserves a chance.”

At a news conference today, Esper said a positive outcome will require that all parties comply with obligations. “For the United States, the key thing will be continued support to our Afghan partners, and it will need to be a conditions-based approach to all of this,” he added.

NATO has agreed in principle to expand its role in the Middle East, the secretary said.

“We have also asked NATO’s military leaders to consider what more the alliance could do to assist the Iraqi security forces,” he told reporters. “Looking beyond Iraq, I welcome follow-on discussions on how to broaden NATO’s role in the Middle East to defend the international rules-based order, to include deploying air defenses and other capabilities that would deter aggression and reassure partners.”

In addition to discussing operations in the Middle East, Esper said he also emphasized to NATO defense ministers the importance of burden-sharing within the alliance, including the commitment of member nations to invest 2% of gross domestic product toward defense. That commitment will bolster progress already made, he said. Between 2016 and 2020, NATO allies increased their investments by some $130 billion.

Esper said the ministers also discussed the NATO Readiness Initiative, which he said is critical to a culture of readiness within the alliance, and he called for routine tests of that initiative to evaluate readiness. The “Four Thirties by 2020” pledge, part of that initiative, he said, “is just the start of our work.” The pledge was for NATO to have 30 battalions, 30 battleships and 30 air squadrons ready to deploy within 30 days by this year.

When it comes to technology, Esper said, NATO allies must carefully consider the long-term risks of the economic and commercial choices they make, especially in regard to telecommunications. In particular, he added, commercial 5G technology from China could put NATO security at risk.

“At the end of the day, Chinese telecom firms have a legal obligation to provide technical support and assistance to the communist party, and that concerns us deeply,” he said. “Reliance on Chinese 5G vendors could render our partners’ critical systems vulnerable to disruption, manipulation and espionage.”

The potential for that, he said, puts communications and intelligence-sharing capabilities and NATO partnerships at risk, he said, and too counter this, the United States is encouraging allied and U.S. tech companies to develop alternative 5G solutions.

Esper said the United States remains committed to the NATO partnership and the security it provides.

“The U.S. commitment to NATO remains ironclad,” he said. “Together we form the most powerful, multilateral military alliance in the world, one based on our shared values and our shared interests.”