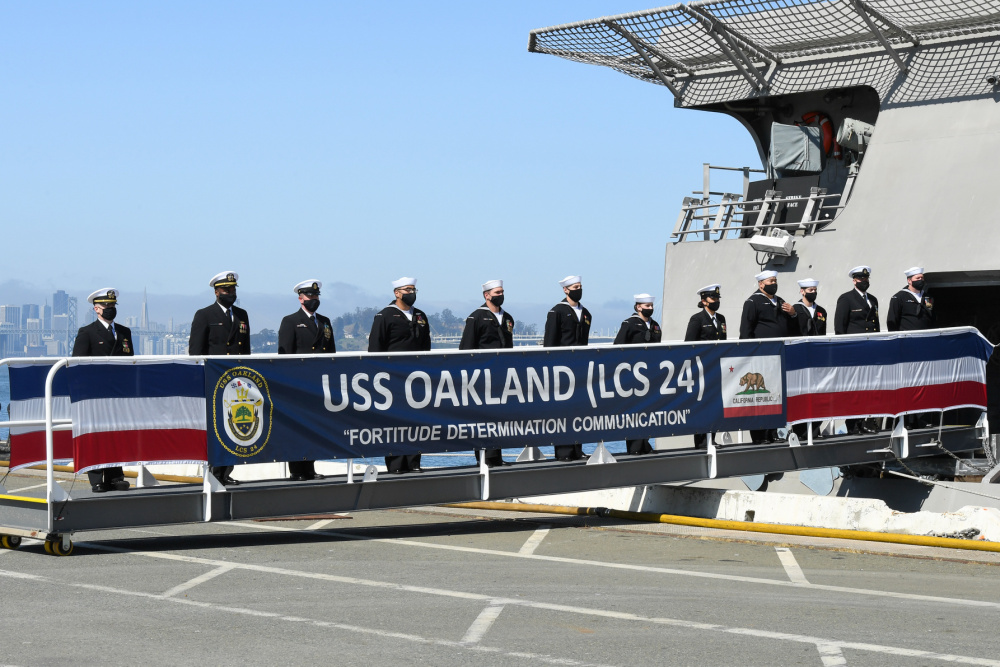 Navy leaders, Oakland city officials and a socially distanced audience attended the ceremony for the third ship in naval service to be named in honor of the city of Oakland. The first USS Oakland was a transport cargo ship commissioned in 1918. The second Oakland was a light cruiser that served in World War II, earning nine battle stars.

“We now have a finished warship behind us that is ready to be placed into commission,” said Harker. “This ship is a marvel of engineering, which will extend our capabilities for any mission across the blue water, from shoreline to shoreline.”

Kate Brandt, Google’s sustainability officer and the ship’s sponsor, delivered the time-honored Navy order to Oakland’s crew to “Man our ship and bring her to life!”

“I am incredibly proud of this crew for their dedication to shipmate and ship as we worked toward the commissioning of USS Oakland, said Garza. “We are honored to carry the name ‘Oakland’ into the fleet.”

For more about Littoral Combat Ship Squadron One, visit www.dvidshub.net/unit/C-LCSSO.