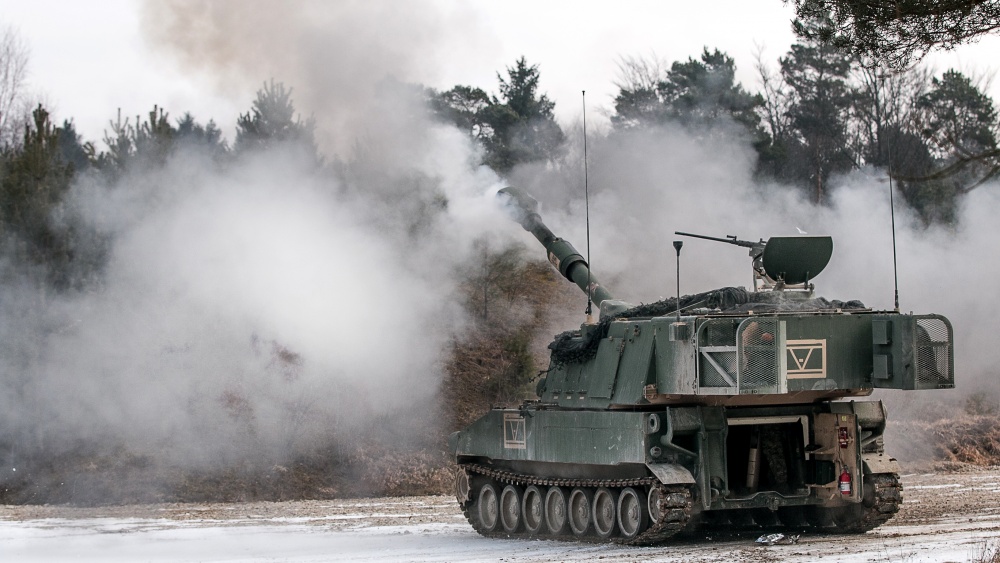 Soldiers from Battery B, 1-7 FA, set their sights on targets positioned nearly 15 kilometers away while training during Dynamic Front 18. Dynamic Front is an annual U.S. Army Europe exercise focused on the interoperability of U.S. Army, joint service and allied nation artillery and fire support in a multinational environment.

The exercise showcases the collective efforts and coordination of 26 NATO ally and partner countries, approximately 3,700 participants, which are participating in a large-scale combat-like training exercise that contains both land and air operations.

ASCA allows all nations with the system to receive and provide mutual fire support and functional fire control interoperability, which can be deployed in a dynamic, tactical and multinational environment.

“Getting out here and participating in Dynamic Front 18, really projects our force across the world,” said Brewer. “It shows our teamwork, with not just Europe, but all other parts of NATO.”

Six nations, to include; Germany, France, Turkey, Italy, Poland and the U.S., came together for the first time during Dynamic Front 18 to test and use the ASCA system, which allows the nations to share key command and control fire support information.

As fire missions were called in through ASCA, crewmen in each of the Paladins readied themselves for a burst of continuous fire at designated targets.

“Training like this gives Soldiers the opportunity to see the force of the field artillery in practice and what we provide in combat,” said Staff. Sgt. James Greene, platoon sergeant with Battery B, 1-7 FA. “Perfecting your craft is very important, and as artillerymen, it’s what we do best’”

Dynamic Front 18 is the latest example of how U.S. European Command (EUCOM) forces are engaged, postured and ready with credible force to assure, deter and defend in an increasingly secure and complex security environment.