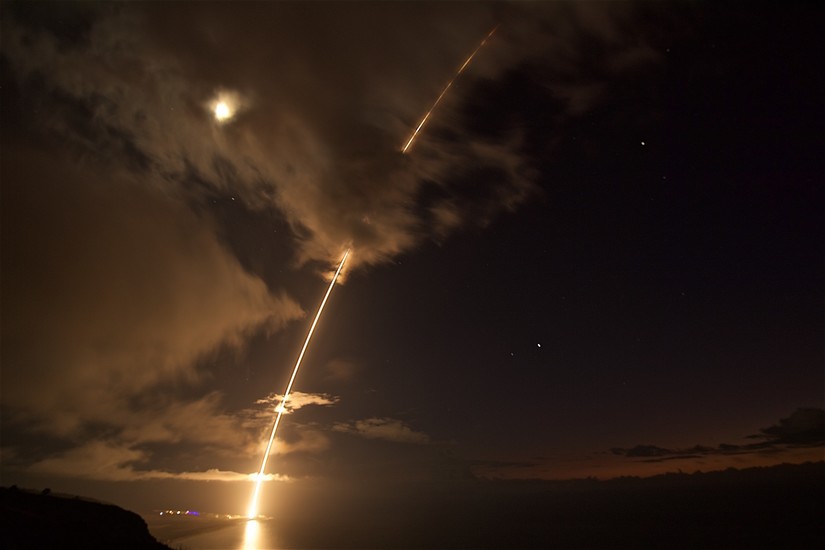 The United States military remains the strongest in the world, but its advantage is eroding as adversaries modernize and build up conventional and nuclear forces, John C. Rood, undersecretary of defense for policy, said at a Senate Armed Services Committee strategic forces subcommittee hearing on ballistic missile defense policies and programs and the fiscal year 2019 budget request.

Adversaries, Rood said, are “fielding a broad and expanding arsenal of new and more advanced missiles capable of threatening the U.S., our forces abroad and its allies and partners.”

“Our missile defense system not only protects the United States, it strengthens the deterrence of war and assurance of allies and partners,” Rood said.

Budget Request
The fiscal year 2019 budget request includes $9.9 billion for the Missile Defense Agency and $3 billion for air and missile defense programs in the services, he explained. He noted that in September, DoD requested the reprogramming of fiscal year 2017 funding of more than $400 million to counter the North Korean missile threat and that Congress approved that request.

Further, Rood highlighted pointed out that in Trump submitted an amendment in November to the fiscal year 2018 budget request for $4 billion of additional funding for missile defense, which includes construction of a new missile field at Fort Greely, Alaska, and additional procurement funding necessary for 20 new ground-based interceptors.

“Our adversaries are taking deliberate steps to extend their operational reach and are developing new capabilities to range targets in North America, in the United States and Canada,” she said.

North Korea, she said, represents the most immediate threat to the homeland and remains Northcom’s highest priority.

Robinson said she is confident the ground-based Midcourse Defense system can defeat today’s threats. She said she supports the continued improvements to the ballistic missile defense enterprise to maintain the U.S. advantage.

The general, who is retiring after 36 years of service, thanked the men and women who protect the nation. She also recognized the work of the lawmakers, saying she could not have done her job if not for their funding of the military.

Keeping Pace with Threat
The time for delays, studies or objections is over, Greaves said, adding the “threat has voted and continues to visibly vote through the demonstration of capabilities.”

He explained the ground-based Midcourse Defense system consists of 44 ground-based interceptors for homeland defense, and there are plans to expand the fleet to 64 by 2023. “I can tell you that the current ballistic missile defense system meets today’s threat,” he said, while stressing the United States must consider the threats of tomorrow.

“As the threat increases in both number and lethality, we need to ensure that our systems will remain reliable, remain secure from cybersecurity threats and that the nation’s ballistic missile defense capability and capacity keep pace with that threat,” he said.