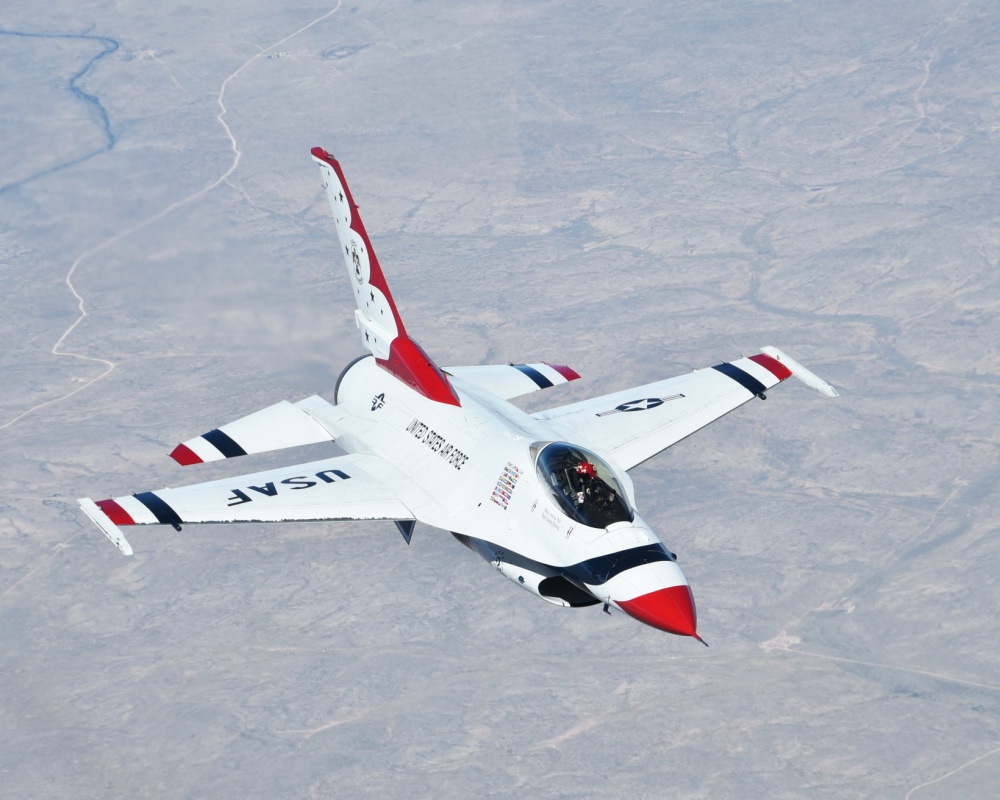 APRIL 19, 2021 – Air Force Thunderbirds will debut their redesigned aerial demonstration, to include an updated ground show performance, at the Cocoa Beach Air Show, Florida on April 17 and 18.

This is the first time in almost 40 years the Thunderbirds have completely revised their aerial demonstration since the team converted to the F-16 Fighting Falcon following the fatal Diamond Crash in 1982.

Last year, the Thunderbirds were able to focus on and fully commit to enhancing their aerial demonstration and ground show after most of their 2020 show season air shows were canceled due to the spread of the coronavirus.

“We are very excited about the changes we have made to our show and ground performance,” said Col. John Caldwell, Thunderbirds commander and leader. “One of our main goals was to take a look at our show sequence and enhance the design with the crowd experience in mind.”

The show revision required a lot of hard work, historical research and coordination with the air show industry, Thunderbird alumni, Air Combat Command, and Headquarters Air Force. Every Thunderbirds team member played a valuable role in meeting and achieving the goal of redesigning a presentation that is compatible, safe, and engaging for air show attendees observing the new demonstration.

The most noticeable changes to the performance are the reordering and implementation of new maneuvers during the aerial demonstration. The new show sequence now follows seven distinct themes that focus on increasing crowd excitement, tapping into the emotions of onlookers and showcasing the complexities of the maneuvers in a gradual manner. It also includes two new maneuvers: the Low Bomb Burst with Hit, which will be flown in every show; and the Stinger Cross Break, which will only be performed during the 6-ship low and flat shows as well as 5-ship shows.

Furthermore, the Thunderbirds streamlined their maintenance ground show, which is a sharply Choreographed, drill-style performance by maintenance personnel that kicks off the demonstration and showcases the attention to detail and esprit de corps that defines the team’s enlisted members.

“We looked at how to get the aircraft out, taxied, and airborne in a more efficient manner so the crowd can enjoy both the ground show performance and the aerial demonstration,” said Capt. Mike Bell, Thunderbirds Maintenance officer. “We shortened the number of steps to launch the F-16s and replaced verbal communication with hand signals.”

Bell also shared that the revised ground show serves as a salute to deployed members as it mirrors and showcases the rapid generation capabilities of maintenance personnel supporting Air Force fighter aircraft during alert situations and combat.

Lastly, the team reduced the overall show from 90 to 50 minutes as well as added new music and revised narration to fit the new, high-energy performance of the demonstration.

While some members of the public were given a glimpse of the new sequence, according to Caldwell, the crowd is in for a great time.

“The best action is going to be right there on the show line,” he said. “The crowd will feel the thunder in their chest by hearing the jets roar, seeing the speed, seeing the motion, and seeing the precision of our team while flying 18 inches apart and project the power, pride, and professionalism of the U.S. Air Force to the American public.”

Individuals interested in viewing the Thunderbirds debut their new demonstration can watch it in-person at the 2021 Cocoa Beach Air Show in Florida or view it online at no charge via the Air Show Livestream here: https://air.show/livestream.