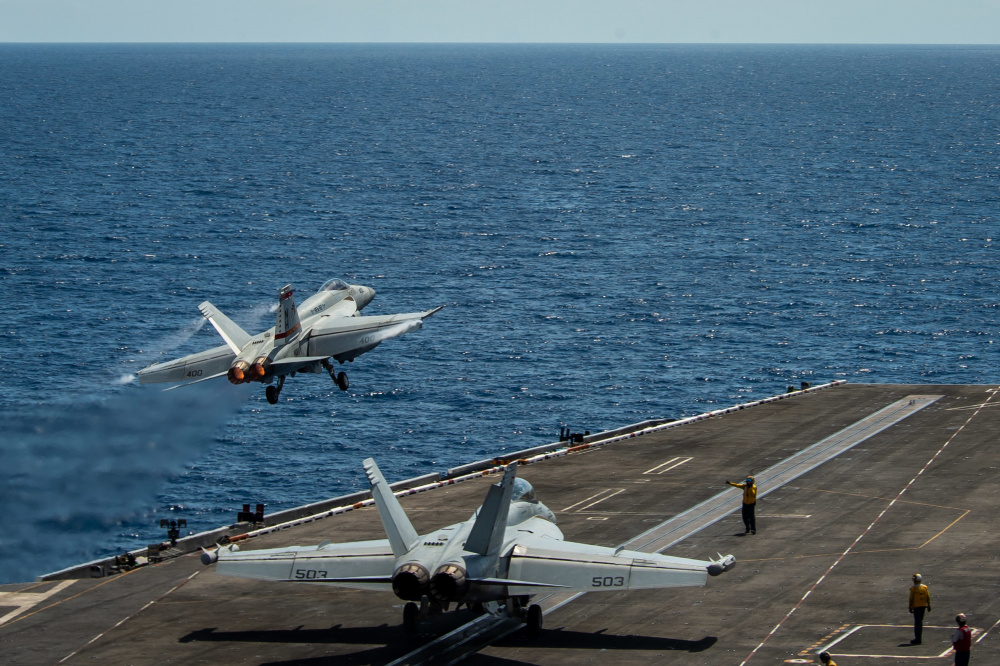 This is the second time TRCSG has entered the South China Sea during its 2021 deployment to U.S. 7th Fleet area of operations.

“It is great to be back in the South China Sea to reassure our allies and partners that we remain committed to freedom of the seas,” said Rear Adm. Doug Verissimo, commander, Carrier Strike Group Nine. “Over the course of the strike group’s deployment, we have demonstrated our commitment to the rules-based order in the Indo-Pacific region by operating with our friends from Australia, India, Japan, Malaysia and South Korea. We look forward to continuing to sail together with all those that embrace our collective vision of security and stability in one of the most important regions in the world.”

“I could not be more proud of the hard work and professionalism that this crew has shown every day during this deployment,” said Capt. Eric Anduze, USS Theodore Roosevelt’s commanding officer. “Our Sailors’ tenacity and warfighting prowess is unmatched and is a testament to our Navy’s resolve to maintain free and prosperous seas.”

TRCSG’s operability in the region directly supports the Chief of Naval Operation’s navigation plan to master all-domain fleet operations, and exercise with like-minded navies to enhance our collective strength.

7th Fleet is the U.S. Navy’s largest forward-deployed fleet and employs 50 to 70 ships and submarines across the Western Pacific and Indian Oceans. 7th Fleet routinely operates and interacts with 35 maritime nations while conducting missions to preserve and protect a free and open Indo-Pacific region.

Theodore Roosevelt departed San Diego for a scheduled deployment to the Indo-Pacific December 23.