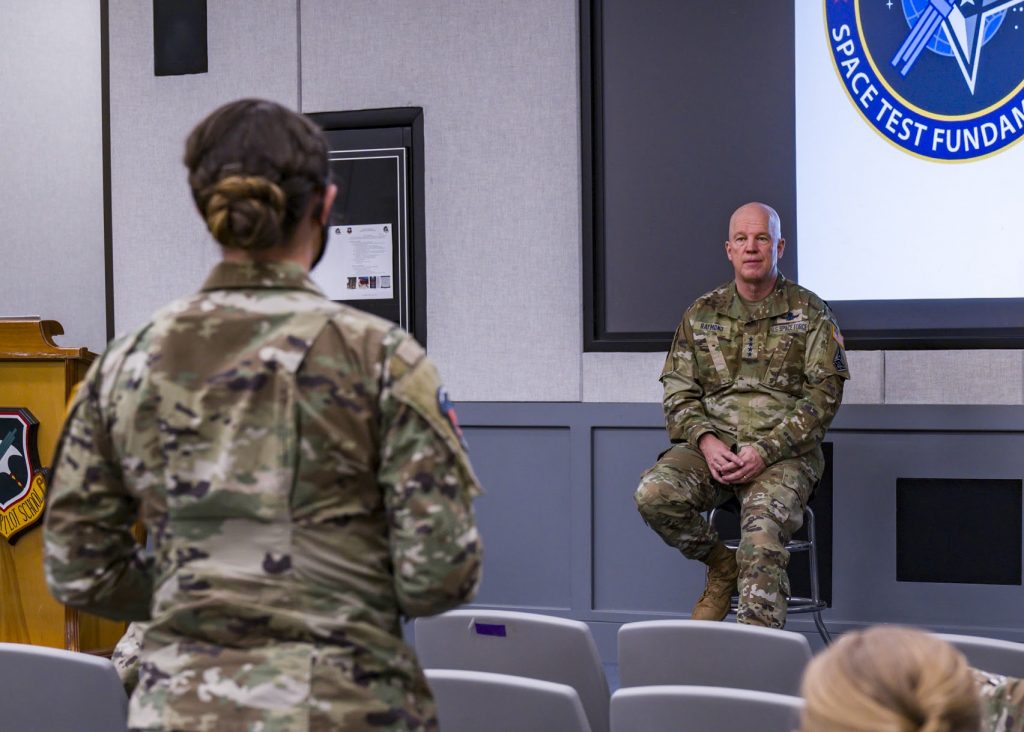 Gen. John W. “Jay” Raymond, the U.S. Space Force chief of space operations, was on-hand to give the graduation address.

“You were handpicked from a pool of over 160 applicants, not only to attend this inaugural Space Test course, but also to help us build this course and define its future as the initial Space Test cadre,” said Raymond. “You were the “Beta testers” of the course itself, simultaneously studying hard and developing the future of our space test education and training program.”

The course enables the USSF to enhance its test and evaluation mission and multiply its ability to deliver combat-ready space forces.

Continuing the legacy of bold and innovative leaders is paramount, as this new generation will be both ambassadors and pioneers of streamlined, integrated test – combining the classically stove-piped experimentation, developmental test, operational test, and tactics development to deliver space warfighting capabilities to the field.

The initial cadre of graduates come from various space warfighting disciplines to include operators, engineers, program managers—civilian and military Airmen and Guardians, ranging in rank from specialist 4 through lieutenant colonel.

“I’m very proud of these young Airmen and Guardians, carrying the pioneering spirit of the Test community into Space,” said Maj. Gen. Christopher Azzano, AFTC commander. “This graduation is the culmination of years of collaboration between the Air Force Test Center and the USSF.”

Throughout the course, a variety of case studies, guest lectures, and site visits were utilized to learn from those currently operating in the space environment and those who have paved the way, to include the experiences of three astronauts, and the retelling of the F-15 satellite intercept test program by retirees Maj. Gen. Doug Pearson and Col. Jack Anthony.

“To the Air Force Test Center and the Test Pilot School, thank you! In a little over a year, your leadership and collaboration turned the idea of a space test course into reality,” concluded Raymond. “I look forward to building a rich tradition of collaboration between the Air and Space Test communities.”

The initial Space Test Fundamentals course took 18 months to develop, and will evolve with student feedback.

The next class is scheduled to begin May 24.