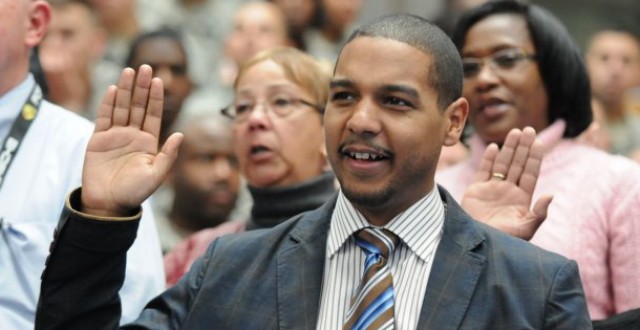 FEBRUARY 11, 2020 – The results are in, and the Army clenched the title of top civilian employer across the Defense Department — and ranks seventh among large federal agencies — according to the 2019 Best Places to Work rankings.

The Federal Employee Viewpoint Survey is intended to empower federal employees with an outlet to candidly provide feedback on their experiences, organizations, workforce management, and more, according to the U.S. Office of Personnel Management, which administers the annual study.

The Army’s results laid out how its employees feel valued, and are making an impact on the mission, officials said. Leaders will continue to examine the satisfaction data to provide meaningful work to best use talents.

This year–with the Army’s highest numbers in a decade — 68% of respondents said they would recommend the service to others, said Dr. Casey Wardynski, Assistant Secretary of the Army for Manpower and Reserve Affairs. He added that’s a two-point bump from last year’s survey.

“Our biggest gain was in that key measure,” Wardynski said. “That’s kind of a litmus test. If you wouldn’t [recommend the Army to friends and family], that’s not a good sign. The share of our employees who would has gone up and that’s a key driver of this best places to work index.”

“This input is very important because we want the Army to be the employer of choice in the federal government — and frankly — we’d like to stack up well against the industry as well,” Wardynski said.

Within a year, the Army moved up four places among large government agencies and has moved up nine places since 2016.

The 85-item survey gives unique, detailed insight to leaders about overall employee satisfaction at their agencies, and offers an idea of what adjustments can be made to optimize their respective workplaces.

With more than 300,000 civilian employees, the Army is the largest workforce in the Defense Department.

STRONG LEADERSHIP, EMPOWERED EMPLOYEES
Family and friends are recommended to work for the Army because of the culture created within it, by both the people “who work here and those who lead it,” Wardynski said.

“The Army has put a good bit of effort into developing its leaders and creating an environment in which they support the development of their subordinates,” he said. “This has made a strong growth between both employees and supervisors.”

A representation of this, Wardynski said, is found within the lines of Army’s civilian creed, which reads how the Army’s civilians, “provide leadership, stability, and continuity during war and peace.”

“We’re after No. 1,” Wardynski said, regarding all government agencies. “But, there’s more work to do to go from number seven of 17 to number one of 17.”

BUILDING COHESIVE TEAMS
To be No. 1, senior leaders will communicate their goals and priorities more clearly within the Army, Wardynski said. A step in this direction was last year when Chief of Staff of the Army Gen. James C. McConville and Secretary of the Army Ryan McCarthy signed The Army People Strategy.

The APS is a plan of action Army leaders will use in order to build a 21st-century talent-based personnel management system, reform essential quality-of-life programs, and build cohesive teams that are ready, professional, diverse, and integrated into the Joint Force, according to a news release.

“Winning matters,” McConville said last year. “People are my No. 1 priority. People are our Soldiers — Regular Army, National Guard, and Reserve — their families, civilians, Soldiers for Life — retirees and veterans. We win through our people, and people will drive success in our readiness, modernization and reform policies. We must take care of our people.”

“It’s not the Soldier strategy or the civilian strategy, it is The People Strategy because it’s for all of our people,” Wardynski said.

Right now, the Army is in the process of outlining how The People Strategy will be used in the Army’s Program Objective Memorandum, or POM, through 2026.

In the plan, Wardynski said, leaders have “clearly identified resources that will go into The People Strategy, which gets at things like leadership development, talent management of our employees, development of employees, and career ladders, and they can see how they can move through the organization and grow.”

Managing resources has created an environment where civilians are “valued and very capable,” Wardynski said

“We drove resources, now the resourcing is being driven by our approach to how we want to lead our people,” he said.

“Now we need to continue to communicate it,” he added.

“The scores will allow leaders to make the most informed decisions about how they need to make adjustments to improve engagement with their own individual workforce,” he said.

Results have been distributed, and now “local-level leaders will take action on their results,” Emden said, “And be informed by Army-level results, where they can take action based on what their own employees are telling them.”

Currently, the Army is in between surveys, Emden said, and he encourages leaders to use the results and “take action and make changes” before the next survey in May.

“We’re interested in ensuring our employees feel this is a great place to work and would recommend it to others,” Wardynski said. “This is a sort of organization that people want to be part of.”