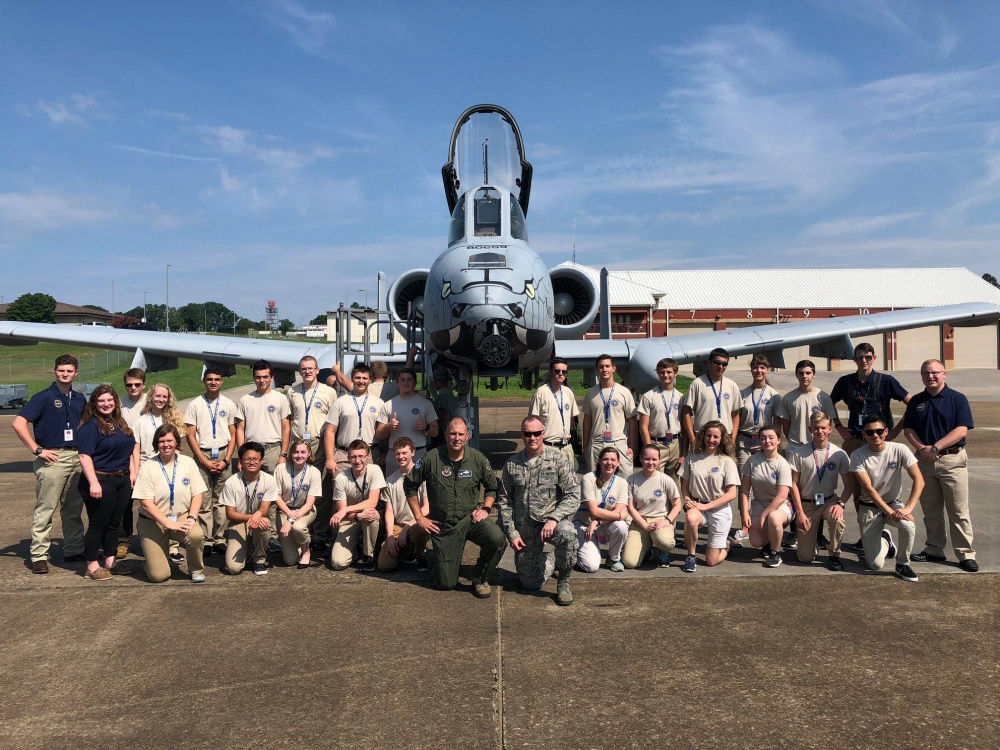 NOVEMBER 2, 2018, Fort Wayne Air National Guard Base, IN -The Civil Air Patrol has been around since the dawn of World War II, carrying out emergency services and disaster relief missions nationwide. As an official auxiliary of the U.S. Air Force, its 60,000 members selflessly devote their time and energy in times of disaster while also supporting the future of aviation.

One of the many benefits of CAP membership is the opportunity to participate in Cadet Aviation Ground School, helping cadets begin their journey towards earning their pilots license. The most recent CAGS class took place June 24, 2018 through July 7, 2018 at McGhee Tyson Air National Guard base in Alcoa, Tennessee.

“The Civil Air Patrol is a great lead-in program for kids who want to get involved in aviation, both in the civilian and military community,” said Col. Kyle Noel, 122nd Fighter Wing Vice Commander. “We prioritize supporting it from a military aspect because we are always looking for those future leaders and future aviators. It guides the cadets towards the discipline, work ethic, study habits and things like that which will make them more competitive for entering the military and more specifically becoming a military aviator.”

Cadet Aviation Ground School is a training event that is held within the Civil Air Patrol, said Noel. Instead of doing an FAA ground school over a long period of time at great expense, the CAP cadets get together as a group for one week with expert advisers and teachers to prepare for the FAA ground school test. Passing this test will earn cadets their ground school certificate, one of the first steps you taken to get a pilots license.

“This is a great opportunity for the 122nd Fighter Wing and the Air National Guard overall to showcase what we have to offer to the leaders of tomorrow,” said CMSgt. Michael May, 122nd Fighter Wing Command Chief. “If we’ve sparked their interest towards a career in military aviation, then we have done our job.”

“I told Chief May while we were down at CAGS looking at this huge crowd of fired up kids, who knows, in 30 or 40 years from now one of these kids could be Chief of Staff of the Air Force,” said Noel. “We are playing a part in that development early on and planting the seed to get them interested in aviation.”

“I wish I had known about this program earlier in my career so I could have participated in it,” said Noel. “As I am nearing retirement, I am going to have a lot more time available to participate and hopefully help raise up the next generation of officers and aviators until the point when they can compete to become a military aviator themselves.”