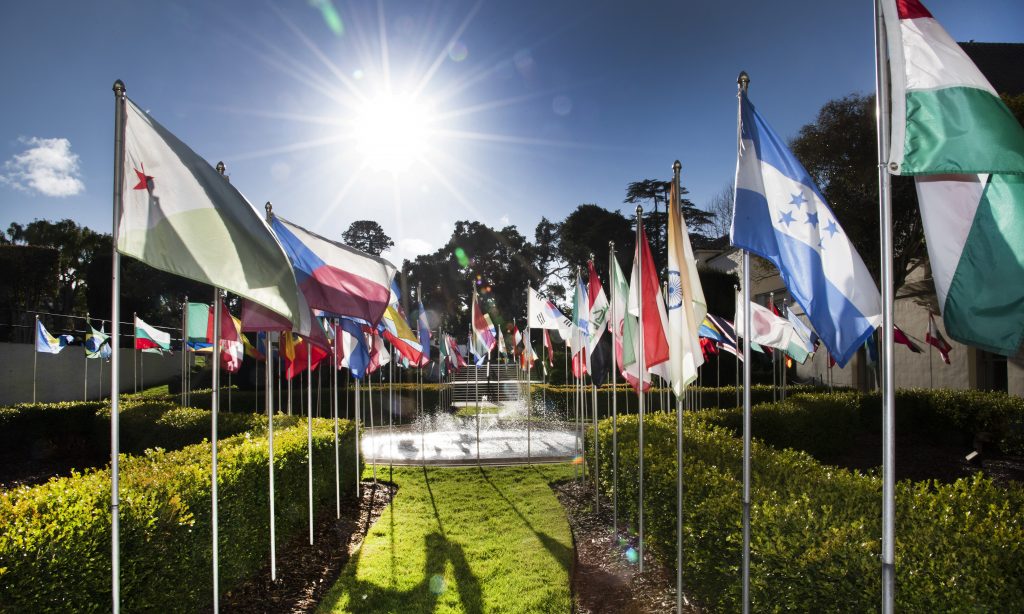 JUNE 2, 2020 – The U.S. Marine Corps at the Naval Postgraduate School kicked off the first day of the university’s latest Big Idea Exchange with five of the 14 students presenting their cutting-edge research and ideas in a virtual environment, May 27, with more presentations still to come. The BIX brings forward new and potentially game-changing thinking developed by NPS faculty and students to address grand challenges in American national security.

This BIX also marks the first joint release of the NPS BIX and the Marine Corps University Innovation Summit, and showcases speakers from NPS, MCU, and the Naval War College in a multi-day event with students presenting in a “TED Talk” style video before answering questions from viewers via the live video stream.

“Students at the Naval Postgraduate School, the Naval War College, and Marine Corps University represent an incredible potential source of creative and critical thought for the Navy and Marine Corps,” stated NPS Senior Marine Corps Representative Col. Randy Pugh. “These officers bring with them an incredible amount of tactical experience and expertise as well as the bruises and scars we all suffer while trying to accomplish complex missions in an ever changing organizational and operational environment.”

In the virtual domain, this BIX has expanded its reach by allowing anyone with an Internet connection to tune in to watch the presentations followed by a quick question and answer session for each presenter.

“The virtual environment allowed presenters from opposite sides of the country to collaborate, while simultaneously allowing them to sustain access to research from their parent institution,” noted NWC Halsey Bravo Advanced Research Program student Marine Corps Maj. Douglas Toulotte. “As ideas were presented and refined, presenters at each institution would identify key personnel from their end that could assist a presenter from another institution. This environment also enabled the development of more creative media presentations, breaking away from the traditional, stale, power-point-and-speaker method which we all know so well.”

While the delivery method has changed, the main objective of the BIX remains the same with students presenting research that examined several diverse areas including implementing artificial intelligence and virtual reality simulations, as well as off-the-shelf games into training, creating internships between NPS and operation forces to better address Fleet issues, and talent management to increase retention in the Marine Corps.

Marine Corps Maj. Shane Robinette, a student from the NPS Department of Information Sciences, used observations and experience from prior commands to create his thesis research to prove the effectiveness of utilizing virtual reality as a training platform over other mediums, such as computers, tablets, or phones.

“I wanted to leverage current technology to develop my infantry small unit leaders; however, the tools provided by the Marine Corps were not as effective as I knew they could be,” said Robinette. “I am aiming to combine the ideas from the Commandant’s Planning Guidance, as well as [Marine Corps Doctrinal Publication] 7, Learning, to create a new simulator that is effective in creating a superior infantry.”

Also presenting, Toulotte’s research, entitled “Talent Management in the Marine Corps,” takes a look at the need to partner with research organizations to gain a deeper understanding of the generational needs for Marines in the Millennial and Generation Z age ranges, who make up 97 percent of the enlisted population and more than 75 percent of the Marine Corps officer population. The percentage of the Corps made up by these two generations “is unmatched in any other U.S. industry,” according to Toulotte.

With a goal that is two-fold, Toulotte hopes to break away from the current, limited approach to studying and implementing talent management by developing a wholistic approach that addresses the needs of the Corps’ personnel, their individual talents, their skill development, and retention of the best.

“We must stop viewing the terms ‘talent’ and ‘skill’ as synonymous and focus on ways on identifying and developing each,” said Toulotte.

The next iteration of live streaming BIX presentations will take place June 3, starting at 1100 PDT, and be available for public viewing on both the BIX and Marine Corps websites. The four presenters will discuss their research on front-line topics, such as artificial intelligence and machine learning, social media and its educational potential, and field support using autonomous and machine-enabled control systems.

Recordings of the five completed presentations from May 27 are currently available on the BIX website and NPS’ YouTube channel for public viewing. A final day of presentations will take place June 5 for a limited audience.