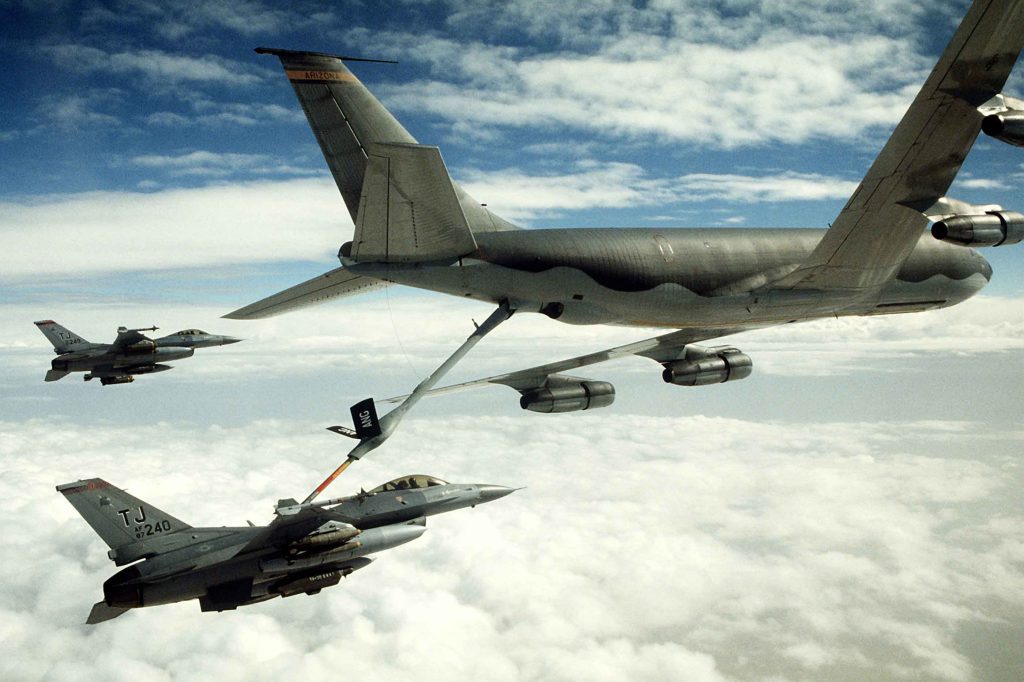 MARCH 20, 2021 – This year marks the 30-year anniversary of Operation Desert Storm. Due to the Defense Department’s successful use of space-based capabilities during the conflict, many experts consider Desert Storm to have been the first space war.

Many of the space capabilities initially deployed at the time, such as the Global Positioning System, have become vital components in how the United States conducts military operations.

Space Force Lt. Gen. B. Chance Saltzman, deputy chief of Space Operations, today discussed the role the space domain played during conflicts and how that technology has evolved over the last 30 years at a Brookings Institution event.

During Desert Storm, in early 1991, commanders were able to keep track of the Iraqi army maneuvering through a sandstorm through the use of GPS, something that could not have occurred in previous conflicts, he said. Saltzman said he joined the Air Force the year after Desert Storm, but he was mentored by many of the leaders involved in that war.

GPS, which uses satellites to pinpoint location, also enabled the use of precision munitions, which had a devastating effect on the Iraqi army — “both physically — because we were hitting the enemy — and mentally because they had no idea how we were able to track them through the weather, through the night,” he said.

Protecting America’s Global Positioning System
Satellite communications during Desert Storm also enabled about 50% of the communications networks that were critical to command and control, he said.

Since Desert Storm, space-based capabilities have dramatically improved, Saltzman said. “If there’s a missile launched on the surface of the Earth, we know about it.”

The biggest change since Desert Storm is that the space domain is no longer a benign environment, he said. Adversaries realize that they cannot take on the U.S. military in direct combat, so they’ve decided to use space as a low-cost way to gain an asymmetric advantage.

“Now, we have a space force that’s focused every day on making sure that we can protect and defend and use the space domain the way we need to, both militarily or commercially and civilly to meet our national interests,” he said.