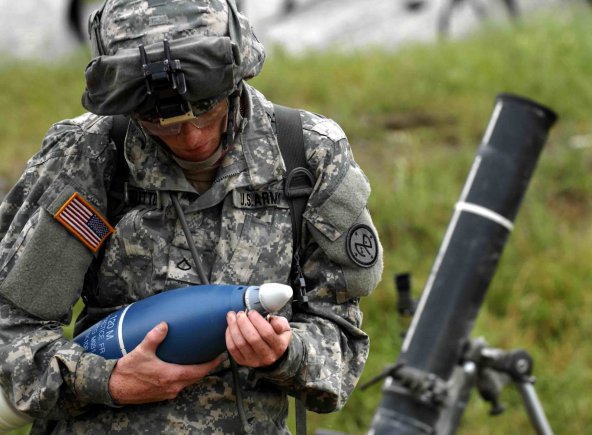 WASHINGTON (Army News Service, March 10, 2016) – “Job books” will return to the Army at the end of this month, in digital form, allowing Soldiers to track such things as physical training, weapons qualification, mandatory training, scheduled classes, and unit training schedules.

“The digital job book — by proponent — lists the critical tasks that Soldiers need to be proficient on, by skill level,” Davenport said. “It allows leaders to record that training. What’s powerful about it is it also allows chains of command to come in and insert tasks they want to work on as well.”

During a TRADOC-led online “town hall” last week, Davenport said the new Digital Job Book is a reincarnation of the job books of days past, which were paper, about three inches by an inch and a half in size, and carried around in cargo pockets. Soldiers initialed which tasks they had completed.

The books allowed Soldiers to always know how current they were on training, and also allowed them to convey that information to their leadership.

“So when the sergeant major was out running around, he could ask Soldiers what they were training on,” Davenport said. “And leaders would take that book to training meetings and plan training for Soldiers.”

Army National Guard Command Sgt. Maj. Brunk W. Conley said squad leaders “need to be all over this,” and that they should sign up for the beta test of the Digital Job Book and start annotating their own and subordinate training. “We have to get back into a training mentality with our first-line leaders.”

WILL THEY GET THEIR CAMPAIGN HATS BACK?

Back in 2007, the Army transitioned from using drill sergeants in Advanced Individual Training to AIT platoon sergeants. Davenport said the move was made as a way to “recognize that period of transformation that [Soldiers] were going through — less total control.”

Now, Davenport said, the Army is looking at putting drill sergeants back into the AIT environment.

“It’s a recommendation. Of course, we have to see about funding. But, we are trying to do everything we can to make sure our Solders are successful when they transition to their first unit of assignment,” Davenport said. “We lose about 12 percent in the training base, of the cohort that we get. And we want to make sure they are the fittest, and most disciplined and well-trained Soldiers that we have as we give them to their first unit of assignment.”

Davenport didn’t say that AIT platoon sergeants weren’t doing a good job now — he said instead that drill sergeants are “a way to invest in the training of our Soldiers … We’ve done the cost analysis, we’re moving the case forward to see if it’s first of all feasible, affordable and sustainable. Anything we do you have to look through those filters to affect change.”