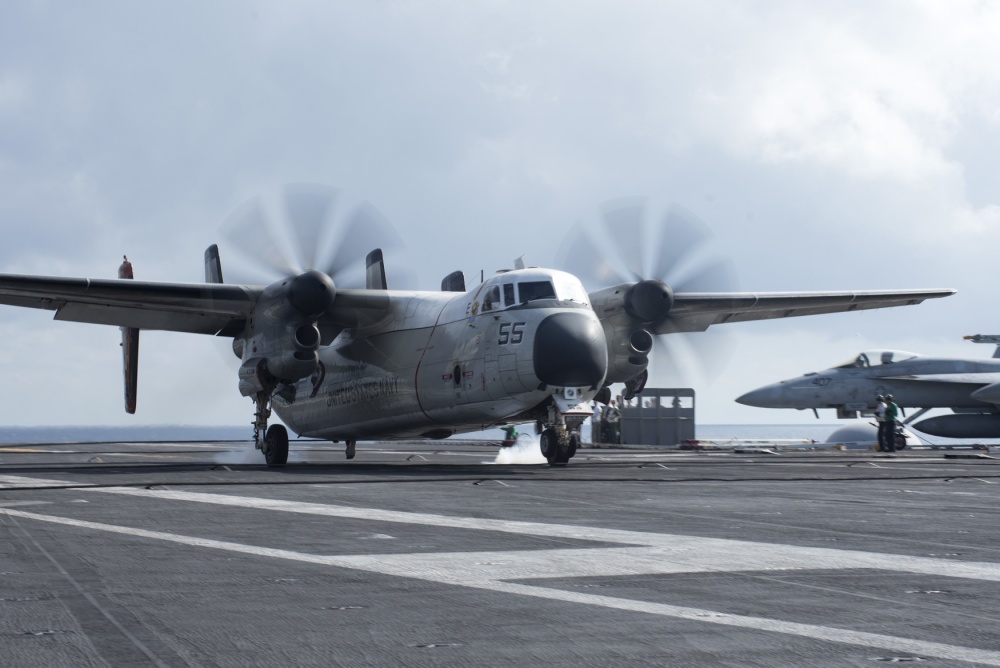 Eight personnel were recovered by the “Golden Falcons” of U.S. Navy Helicopter Sea Combat Squadron (HSC 12). The eight personnel were transferred to USS Ronald Reagan (CVN 76) for medical evaluation and are in good condition at this time.

“Our entire focus is on finding all of our Sailors,” said Rear Adm. Marc H. Dalton, Commander, Task Force 70. “U.S. and Japanese ships and aircraft are searching the area of the crash, and we will be relentless in our efforts.”

At approximately 2:45 p.m. Japan Standard Time, Nov. 22, 2017, the C2-A aircraft with 11 crew and passengers onboard crashed into the ocean approximately 500 nautical miles southeast of Okinawa. The aircraft was conducting a routine transport flight carrying passengers and cargo from Marine Corps Air Station Iwakuni to Ronald Reagan.

The names of the crew and passengers are being withheld pending next of kin notification.

The incident will be investigated.