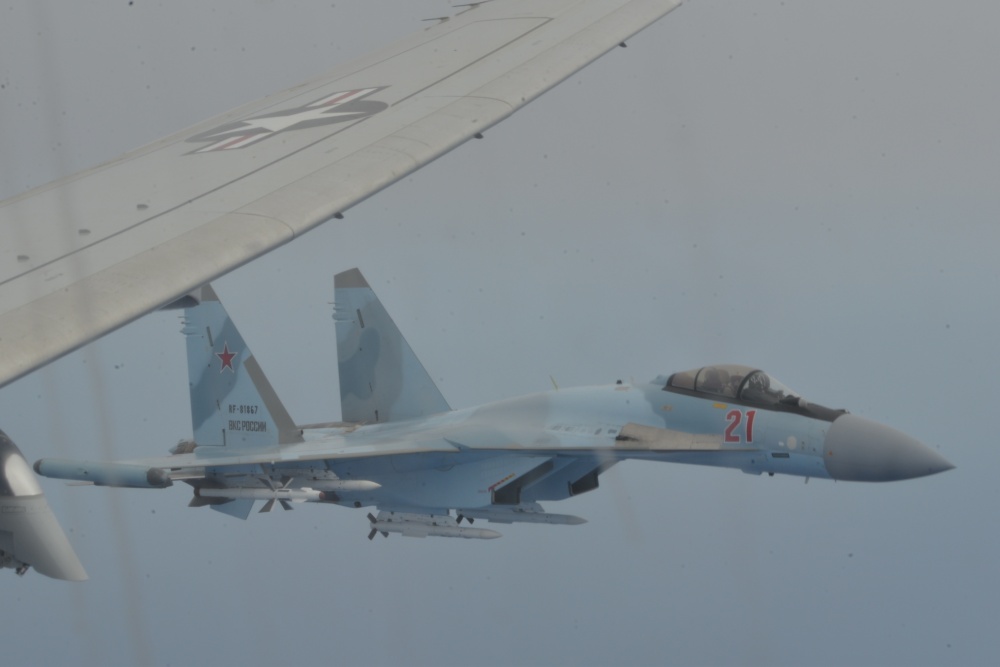 MAY 27, 2020 – For the third time in two months, Russian pilots flew in an unsafe and unprofessional manner while intercepting a U.S. Navy P-8A Maritime Patrol and Reconnaissance Aircraft in U.S. 6th Fleet, May 26, 2020.

On May 26, 2020, a U.S. Navy P-8A aircraft was flying in the Eastern Mediterranean over international waters and was intercepted by two Russian Su-35 aircraft over a period of 65 minutes. The intercept was determined to be unsafe and unprofessional due to the Russian pilots taking close station on each wing of the P-8A simultaneously, restricting the P-8A’s ability to safely maneuver.

The unnecessary actions of the Russian Su-35 pilots were inconsistent with good airmanship and international flight rules, and jeopardized the safety of flight of both aircraft.

While the Russian aircraft was operating in international airspace, this interaction was irresponsible. We expect them to operate within international standards set to ensure safety and to prevent incidents, including the 1972 Agreement for the Prevention of Incidents On and Over the High Seas (INCSEA). Actions‎ like these increase the potential for midair collisions.

This incident follows two unsafe interactions in April, over the same waters.

In all cases, the U.S. aircraft were operating in international airspace, consistent with international law, with due regard for safety of flight, and did not provoke this Russian activity.