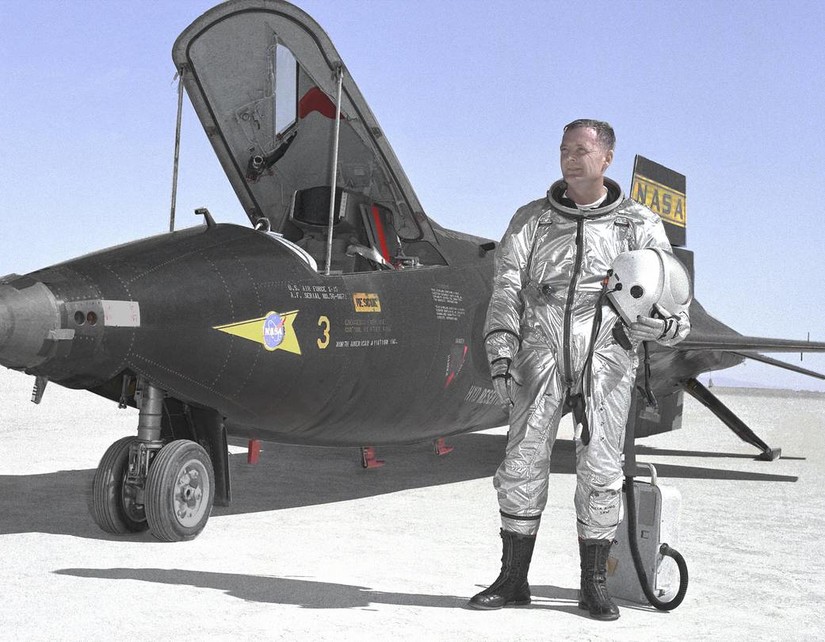 JULY 1, 2020 – Speeding ahead with the development of hypersonic weapons, both offensive and defensive, will require the Defense Department to look back to the 1960s — a time when it was far less risk-averse than it is now, the department’s director of defense research and engineering for modernization said.

“We need to be less risk-averse. And that doesn’t mean we seek to maximize risk. But it also means we’re not afraid to take risks, or we’re not afraid to fail, as long as they’re what I term noble failures,” Mark J. Lewis said during a discussion today with Rebeccah Heinrichs of the Hudson Institute in Washington.

The speed, maneuverability, and trajectories of hypersonic weapons will give whomever masters them first an advantage, Lewis said. A hypersonic weapon traveling at Mach 5, faster than around 3,800 miles per hour, he said, presents challenges to adversaries.

“That doesn’t give your potential adversary a lot of time to figure out what you are, decide that you’re coming, and then take some action,” he said. “So speed is essential.”

But developing and delivering a hypersonic cruise missile or a hypersonic boost/glide system will take some time, he said. He said he expects the department to be able to deliver whatever systems are determined to be most useful “at scale” sometime around the mid-2020s. That’s going to require the department to change the way it operates — to accept more risk in testing and development — much moreso than what it’s got a taste for now, Lewis said.

To illustrate, he contrasted development of the Air Force’s X-51 program just 10 years ago, and the X-15 program during the 1960s.

The X-51 hypersonic aircraft did four test flights, Lewis said. It wasn’t until the fourth that it had a truly successful flight. But the initial failures, and the amount of time in between test flights to determine what happened, presented problems.

For one, he said, between the first and second test flight — a span of more than a year — the original pilot for the B-52 “mother craft” that launched the X-51 had retired. At the same time, more than 70% of the ground crew associated with the first test flight was no longer around.

“We had a loss of expertise,” he said.

The third test flight came more than 14 months after the second, and the final flight close to nine months after that. Fear of failure was a key factor in the slow movement, Lewis said.

“We had people in the program saying, ‘Well, we can’t fly that vehicle, because what if it fails?’ I remember having these surrealistic conversations. … If we don’t, we paid for it,” he said. “It’s sitting in the hangar, why wouldn’t we fly it? ‘Well. [they said] if we fly it, if it doesn’t work, then we’re done.’ We did finally fly it. But there was so much hand-wringing. There was so much worry about this, about what would happen if [it failed]. That kind of illustrates the situation we’ve gotten ourselves into.”

The 1960s-era X-15 program, he said, was a remarkably different situation.

“The X-15 program flew 199 flights, roughly once every two weeks,” he said. “When things went wrong, they figured out immediately what went wrong, and they got those vehicles back in the air.”

While the loss of a fin on the X-51 program during its third test flight led to hand-wringing and fear, he said, the X-15 program managed to press on after researchers lost an entire aircraft, and even a pilot.

“They had one case where a vehicle landed hard, broke in half, and they said, ‘Great — we wanted to make one a little bit longer anyway,'” he said. “They weren’t afraid of failure. They even had a tragedy in the program. They lost one of the vehicles, they lost the pilot. It didn’t end the program. So that’s kind of the mindset that we’re trying to get into.”

A small, dart-like aircraft is lifted into position below the wing of a much larger aircraft.

Part of that will mean a lot of testing, Lewis said, and over the next four years, he expects as many as 40 different flight tests of hypersonic systems.

A robust program with limited time between tests means there’s less chance of losing talent and knowledge between tests, he noted.

“We learn as we’re doing,” he said. “We’re not constantly relearning how to do what we used to know how to do. And that, I think is the secret. I think it’s the path we’re trying to get ourselves on.”