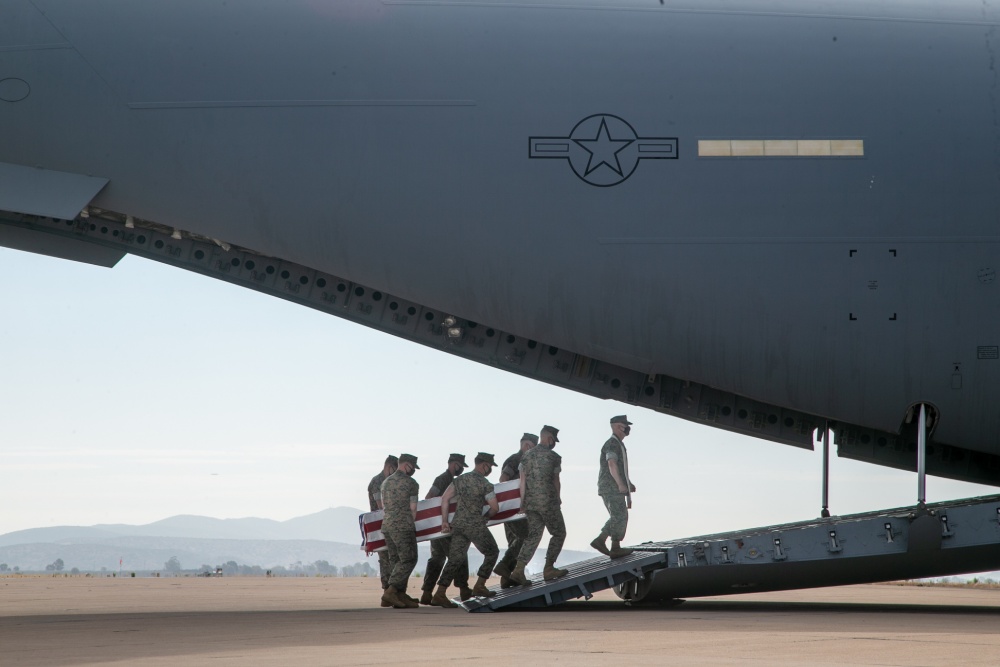 Six pallbearers of Marines and Sailors escorted each casket aboard a U.S. Air Force C-17 Globemaster III bound for Dover AFB for final preparation for burial before being released to their families for final arrangements.

The remains of Lance Cpl. Guillermo S. Perez, 19, of New Braunfels, Texas, who also died in the AAV mishap July 30, were transferred to Dover AFB on Aug. 5 from MCAS Miramar.

The ages of the deceased have been updated, as a previous press release listed them incorrectly.

Gnem was posthumously advanced to the rank of petty officer third class and posthumously awarded his enlisted Fleet Marine Force Warfare Specialist qualification, having met the criteria set by the Navy for both before his death.

We ask that the privacy of the families be respected as they make final arrangements for their loved ones.

The cause of the July 30 incident is under investigation.

Imagery of the recovery efforts and transfer of remains will be available at https://www.dvidshub.net/feature/15thmeurecovery.

Media should direct all queries to the 15th Marine Expeditionary Unit Communication Strategy and Operations Office at kassie.mcdole@usmc.mil.