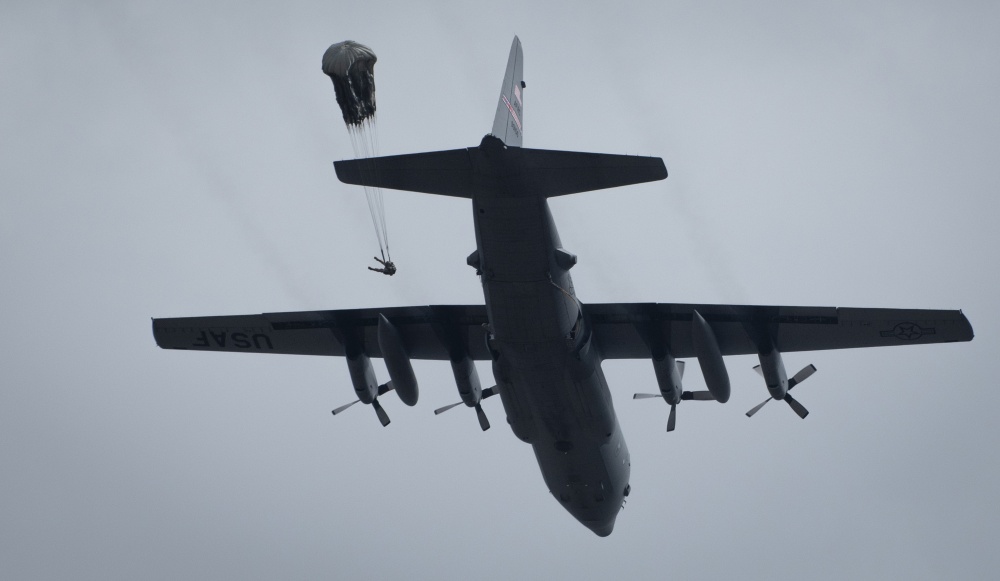 “This is a full dress rehearsal to maximize effectiveness with the students, so everyone knows their duties and increases their situational awareness,” said Sgt. 1st Class Jeromy Spann, 6th RTB Air NCO-in-charge.

The instructors that jump with the students observe students that are in leadership positions that day. Students’ tactical planning, movements, time management skills and accountability are being evaluated during the operation. The jump mission allows students to land behind enemy lines and attack their specific Ranger objectives.

The Rangers begin the CAO day training in a simulated aircraft before gearing up for the jump ahead. The soldiers check each other’s gear to ensure their parachute is rigged up and ready to go. The jumpmaster inspects the gear one last time before the Rangers board the aircraft.

Once the aircraft is 10 minutes away from the drop zone, the jumpmasters begin giving a series of commands to ensure the safety of all personnel. The equipment and static lines are checked and the soldiers are ready to exit the aircraft. The soldiers jump out of the aircraft with a vigorous exit.

“The first couple of jumps are all fear and adrenaline,” said Sgt. 1st Class Cody Francis. “After jumpmaster school, there is no fear, just responsibility.”

The static line opens the parachute after four to six seconds of falling. The Soldiers check to ensure there are no deficiencies as the parachute inflates, and then drift down for 25-30 seconds prior to hitting the ground.

When landing the instructors and students do a parachute landing fall, gather their parachute, and do a security check of their area.

“When they are 100% on MWE – men, weapons, and equipment, they can push forward to the objective,” said Spann.

This jump mission is just one part of a fast-paced, 18-day field training exercise unique to Eglin’s intercoastal swamp environment. The Eglin experience is the third and final phase of the U.S. Army Ranger School. The 61 day course consists of three phases: Benning Phase, Mountain Phase, and Swamp Phase.

The Swamp Phase of Ranger Training School conducts a ten-day long field training exercise every cycle, initiated by the airborne operation. The FTX challenges and evaluates students’ ability to execute their mission in difficult environments.

The Air Force helps them execute the operation by providing space on the Eglin range, a staging area and aircraft. The Air Force Reserve provided a C-130 to support the Oct 7 and 8 airlift mission.

“It is a great opportunity to network and see the capabilities of the other forces,” said Spann.