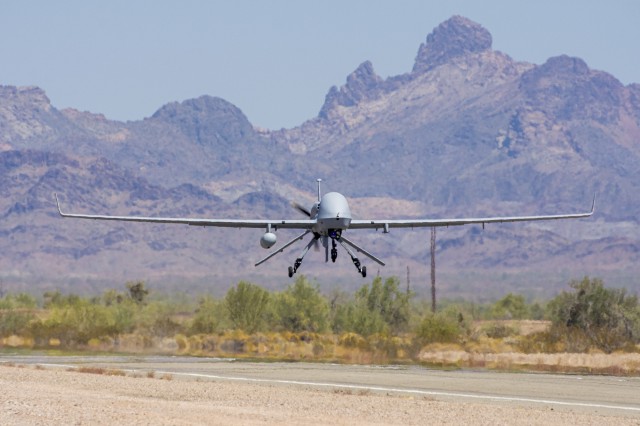 OCTOBER 27, 2020 – Project Convergence is refining the Army’s aviation capabilities, as leaders work toward an asymmetric advantage in the air to fight and win against a near-peer threat, commander of the Army Aviation Center of Excellence said last week.

“Army aviation is on a fantastic glide slope right now with affordable leap-ahead technology that is informing how we fight,” said Maj. Gen. David Francis.

“We are updating doctrine in almost real-time as our concepts become a reality,” he added, during a discussion at this year’s Association of the U.S. Army Annual Meeting and Exposition on Oct. 15. “We fight as a combined-arms team, and how we integrate with our fires and maneuver elements … is absolutely critical.”

Project Convergence is a multi-platform evaluation to refine the Army’s ability to operate across the land, air, sea, space, and cyber domains by merging joint force capabilities and new technologies.

During the event, the FVL CFT focused on key aspects of the Future Attack Reconnaissance Aircraft ecosystem through a demonstration of tactical reconnaissance, surveillance, and target acquisition at extended ranges with multiple air launched effects, officials said.

“What we saw was the power of cross-domain synergy,” Rugen said. The team also witnessed the Army’s “ability to extend and transform the battlefield geometry with the FVL ecosystem and aviation force.”

Aviation leaders look to build on this and other initiatives ahead of the next Project Convergence later this fiscal year.

Army aviation learned that the “lower tier of the air domain is, in fact, decisive,” Rugen said. “We can hide in the radar clutter and can show up … in a place and time of our choosing [to] disrupt the enemy’s decision cycle.”

As for aviation, maintaining the vertical space through air assets proved to give ground forces an advantage during the evaluation, Rugen said. Currently the Army is working to field the new Future Long-Range Assault Aircraft and Future Attack Reconnaissance Aircraft with a modular open system architecture by 2030 to ensure air superiority.

“The capabilities that are being demonstrated by industry are truly phenomenal and allowing us to get after the asymmetric advantage we are going to require in the future,” he added.