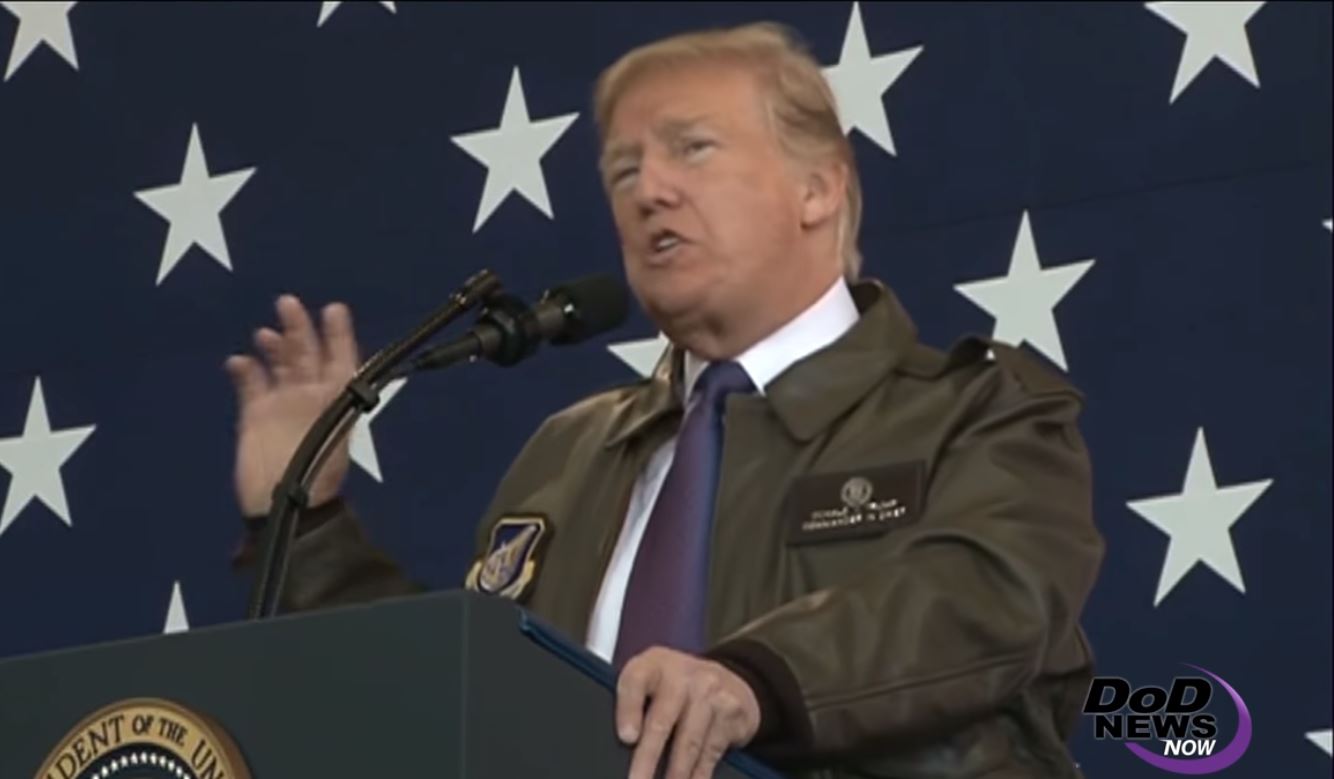 NOVEMBER 6, 2017, Washington DC — U.S. and Japanese service members standing shoulder to shoulder have made Yokota Air Base one of the most capable operational bases in Japan and in the world, President Donald J. Trump said in a troop talk there, today.

The president has embarked upon an Indo-Pacific trip of numerous nations such as Japan, China, Vietnam and the Philippines. But, “there’s no single place I’d rather begin my trip than right here with all with you, the incredible men and women of the United States military [and] your amazing partners, the [Air Defense Command of the Japan Air Self-Defense Force],” Trump said.

Japan is a treasured partner and crucial ally of the United States, he said, adding his thanks for “decades of wonderful friendship between our two nations.”

A Critical Center
Yokota Air Base serves as a critical center for coordination between American and Japanese commanders as they plan their missions, the president said.

“For almost 60 years, the military alliance we see on this base has endured a cornerstone of sovereignty, security and prosperity for our nations, this region and indeed, the entire world,” Trump told the audience.

“Today we pay tribute to that legacy — a legacy you protect and grow each and every day,” he said.

The Best People
The United States dominates the sky, the seas, land and space, the president said, not just because America has the best equipment, but because it has the best people.

“As long as I am president, servicemen and women who defend our nation will have the equipment, the resources and the funding they need to secure our homeland, to respond to our enemies quickly and decisively,” he said, “and when it’s necessary to fight, to overpower and to always … win. This is the heritage of the American armed forces, the greatest force for peace and justice the world has ever known.”

Peace, Strength
Free nations must be strong nations and the United States welcomes their allies’ renewal of their commitments to peace through strength, the president said. “We seek peace and stability for the nations of the world, including those right here in this region.”

Like their predecessors, today’s service members are brave warriors who are the last bulwark against threats to the dreams of people in America, Japan and across the world, Trump said.

The U.S. military comprises the greatest hope for people who desire to live in freedom and harmony, and they are the greatest threat to tyrants and dictators who seek to prey on the innocent, he said.

“As Americans celebrate Veterans Day this month, we honor all who have sacrificed to make peace and stability possible,” Trump said, adding the United States pays tribute to every proud American who has worn the uniform and served the nation.