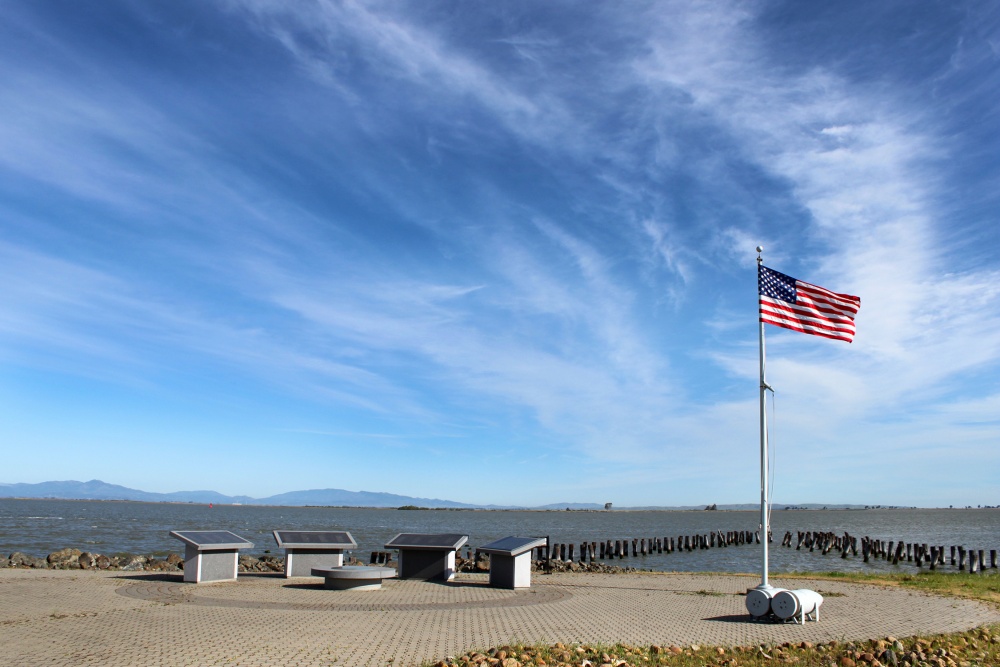 During World War II, where did the biggest loss of life on U.S. soil take place? Most people immediately think of the attack on Pearl Harbor and answer Hawaii. But that is incorrect. Hawaii didn’t even become a U.S. state until 1959. The biggest loss of life on U.S. soil during World War II took place in 1944 at what was then known as Port Chicago, California. Today, we know it as Concord, and it is home to Concord Naval Weapons Station, as well as Military Ocean Terminal Concord, or MOTCO.

On July 17, 1944, at 10:18 p.m., 320 sailors and civilians were killed instantly when the ship they were loading with bombs and munitions suddenly exploded. The incredibly powerful explosion destroyed two ships. Only small fragments remained of the ship being loaded, another nearby that was filled with flammable fuel was tossed more than 500 yards from the pier and rendered into scrap. The simultaneous explosion of all the munitions and fuel produced a massive fireball that lit the night sky and threw white-hot debris nearly 12,000 feet in the air. Windows on homes and businesses shattered throughout the Bay Area, reportedly as far away as San Francisco 30 miles to the west.

More than 200 of those killed that night were enlisted African American soldiers who were loading the ships, working for a military that was, at the time, racially segregated. The explosion and following events led to the largest Naval mutiny in U.S. history. More than 250 anxiety-ridden soldiers, many still in shock, refused to continue to load ammunition since no changes or improvements to operating procedures were made. Adding insult to injury, the black soldiers were not allowed the same post-incident “survivors’ leave” that the white officers they worked for received.

Threatened with a court martial unless they returned to loading ammunition, most of the black soldiers reluctantly went back to work, but 50 soldiers refused. According to accounts in The Port Chicago Disaster, many of the sailors were still in shock, troubled by the memory of the horrible explosion.

The 50 black soldiers who refused to return were consequently put on trial and found guilty of organized mutiny. All of the men were dishonorably discharged and handed sentences ranging from eight to 15 years in jail. However, when the war ended just two months later, the harsh sentences were reduced to 17 months.

Led by attorney Thurgood Marshall, the National Association for the Advancement of Colored People (NAACP) relentlessly pushed to have the verdict for the Port Chicago 50 overturned.

Due in large part to civic pressure, involvement of the press and consternation regarding the treatment of the Port Chicago 50, President Harry S. Truman issued an executive order in 1948 to end segregation in the U.S. military.

In 1992, congress passed a bill to create the Port Chicago Monument at the site of the explosion.

However, it wasn’t until 55 years after the explosion, in 1999, that President Bill Clinton issued a pardon to former sailor Freddie Meeks, one of only three of the Port Chicago 50 known to still be alive.

Today, at the site of the Port Chicago Naval Magazine National Memorial, stubs of pier pilings are the only visible remnants from the devastating explosion that claimed fifteen percent of all African-American casualties during World War II. At a paved viewing area, an American flag silently waves in the Suisun Bay breeze, hovering over a series of commemorative plaques that draw attention to the historical significance of the site.

The Port Chicago monument is located inside Military Ocean Terminal Concord, which is a controlled access area, so there is no chance that you will just happen by this solemn memorial. The public is allowed to visit the memorial, but reservations are mandatory and must made two weeks in advance. There are also restrictions on days the site is open, so if you are interested, please check the National Parks Service website for details at https://www.nps.gov/poch/index.htm