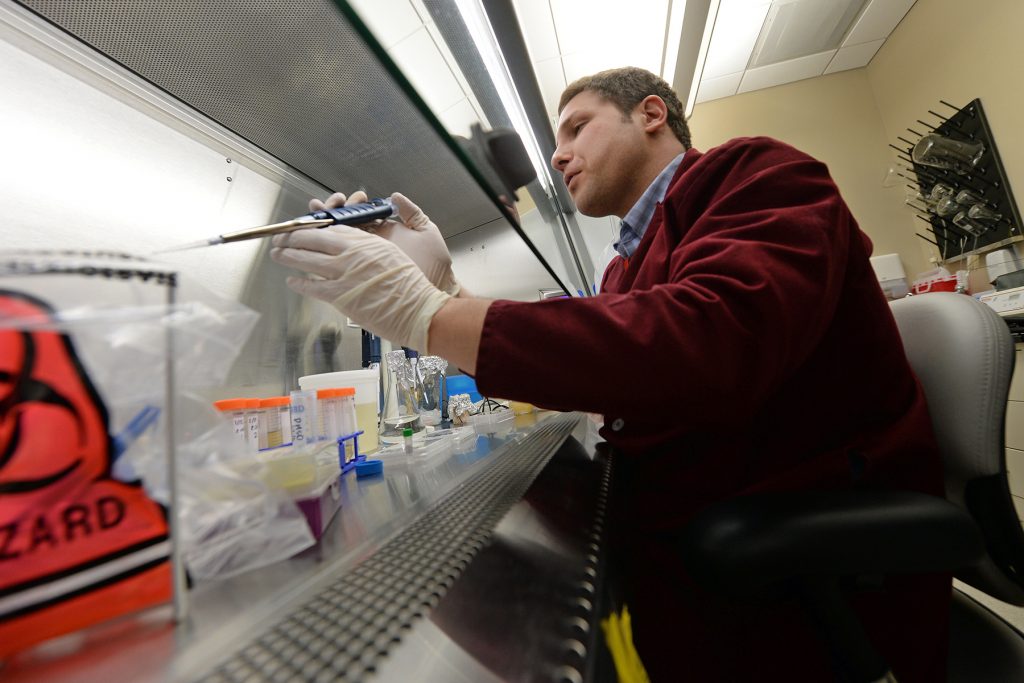 APRIL 29, 2019 – The Defense Department’s organic laboratories develop weapons, medical technology and other equipment. Hundreds had exhibit booths set up in the Pentagon courtyard as part of its biennial DOD Lab Day today.

Engineers who work in the labs must strike the right balance of speed, diligence and quality, Michael D. Griffin said.

Emerging and disruptive technologies are being developed by adversaries, so speed matters, he said.

A better word for speed is velocity, Griffin noted, which is an expression of speed and direction of motion. Engineers need to be working fast, but in the right direction, to develop something that matters to the warfighter and can be integrated with other systems, he said.

Quality also matters, Griffin said. This doesn’t mean an absence of failures, he said, noting that failure is inevitable in the design process.

But there are two types of failures: acceptable and unacceptable, Griffin noted. Acceptable failures can come from calculated risk and things can be learned from them, he explained. Unacceptable failures are such things as sloppiness in program management and ignoring the nature or physics aspects.

Science is Collaborative
It’s important to work across the services, Griffin said. Loyalty to one’s service and organization should come second to engineers’ loyalty to truth, excellence and favorable outcomes for the warfighter, he added.

“We work closely with our partners from the other DOD labs, government agencies like the National Science Foundation and Energy Department labs, as well as industry and academia,” he said.

In the era of great power competition between the U.S., Russia and China, “we have to be on the same team and collaborate,” so good ideas bubble up and best practices are shared, Cooley added.

Lab commanders meet regularly to share ideas and compare notes at a synchronization meeting, he said.

David W. Pittman, director of the U.S. Army Engineer Research and Development Center, provided an example of a collaborative effort between the Army and Marine Corps on development of an autonomous mine clearing vehicle developed by the Marine Corps and the autonomous component that sits on the chassis developed by ERDC.

There were a lot of failures along the way before success was achieved in the proof of concept stage, he said.

Someday, the vehicle could clear mines and put soldiers and Marine combat engineers out of harm’s way, he said.

Congress Recognizes Lab Day
Defense officials announced today that Congress passed a resolution recognizing the contributions of defense laboratories to the technological dominance of U.S. armed forces and supporting the designation of April 25, 2019, as “Department of Defense Laboratory Day 2019.”