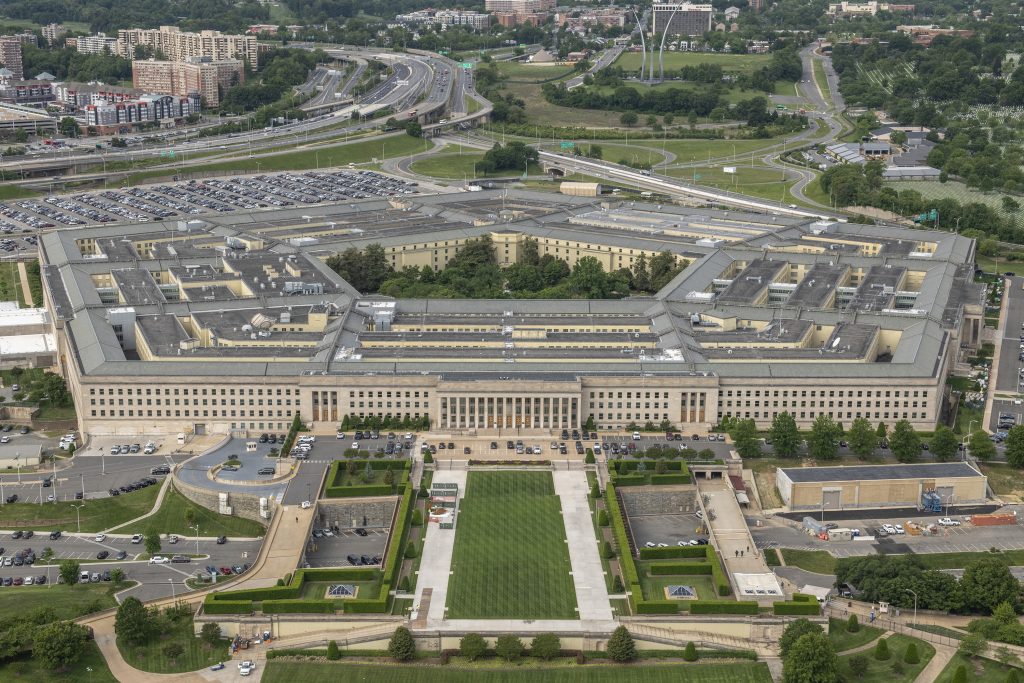 AUGUST 4, 2021 – The Pentagon is “safe and secure” after an incident yesterday morning that caused “several” casualties, said Woodrow Kusse, the chief of the Pentagon Force Protection Agency.

Kusse spoke at the Pentagon Briefing Room this afternoon.

“This morning at about 10:37a.m., a Pentagon police officer was attacked on the Metro bus platform,” the chief said. “Gunfire was exchanged, and there were several casualties. The incident is over and the scene is secure. And most importantly, there’s no continuing threat to our community.”

The FBI is leading the investigation into the incident, the chief said, supported by many different jurisdictions.

The Pentagon Metro station and the bus terminal on the south side of the building was closed. It is an active investigation and Chief Husse did not want to do anything to jeopardize the integrity of the process. “The information that I have is preliminary, so it continues to evolve,” he told reporters. ” I will be providing those details at the earliest opportunity. But right now, it’s just premature, that the situation has been resolved but the investigation must continue.”

The chief would not address what motivated the attacker, nor categorize the injuries the casualties received.

The Pentagon Metro station had been the site of incidents before, most recently in 2010. The chief said the Pentagon Force Protection Force will examine the incident once the investigation is concluded and look for ways to do their jobs better.

“The Pentagon Metro station is probably one of the busiest in the (Washington) transportation system,” he said. “It is a hub for commuters as well as building occupants.”

It is too early to draw conclusions from the attack, he said. “It’s still pending, we will certainly, as this investigation concludes, take another look at any measures,” the chief said. “Our mission is to protect not just the building, but the community that we serve.”

Secretary of Defense Lloyd J. Austin III was at the White House for meetings with President Joe Biden when word of the attack reached him. Upon returning to the building he stopped at the PFPA Operations Center to check on the situation, Pentagon Press Secretary John F. Kirby said.

Austin on the Death of Pentagon Officer
On behalf of everyone working at the Pentagon, and across the Department of Defense, I extend my deepest sympathies to the family, loved ones and colleagues of the Pentagon Force Protection Officer who died as a result of injuries he received this morning.

I have ordered to half-mast the flags flown on the Pentagon Reservation in honor of his loss.

This fallen officer died in the line of duty, helping protect the tens of thousands of people who work in — and who visit — the Pentagon on a daily basis. He and his fellow officers are members of the Pentagon family, and known to us all as professional, skilled and brave. This tragic death today is a stark reminder of the dangers they face and the sacrifices they make. We are forever grateful for that service and the courage with which it is rendered.

An investigation remains underway to determine the circumstances surrounding today’s incident. We must let that investigation proceed unimpeded and without speculation.

In the meantime, we will keep the family of our fallen officer — and his fellow officers – foremost in our mind and provide them whatever support they require. I know nothing we can say will properly assuage their grief, but I hope they know we mourn with them.