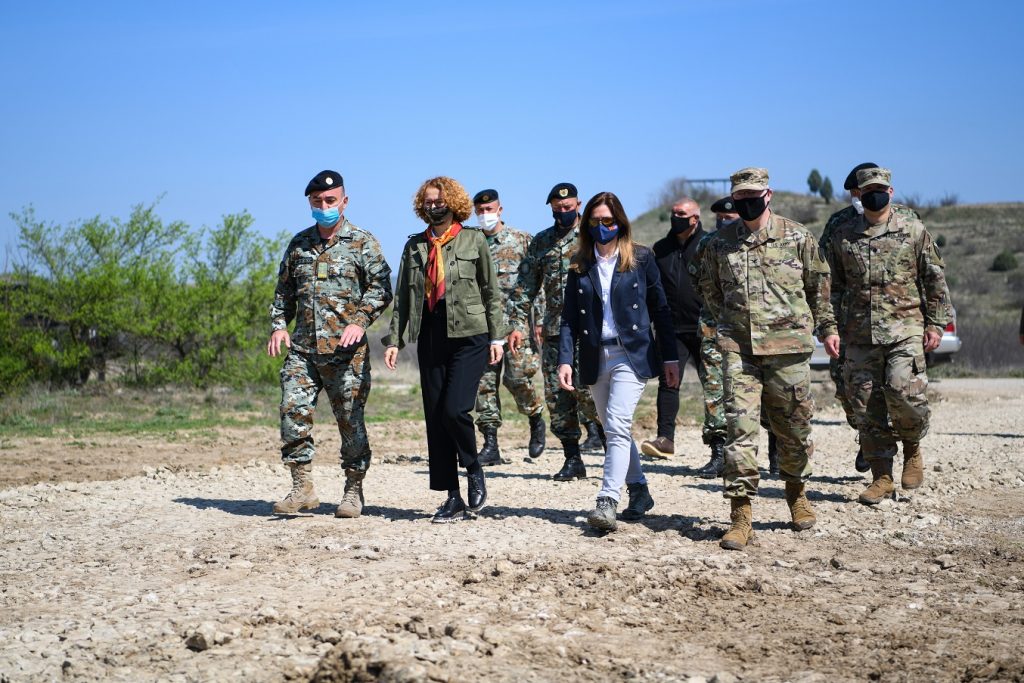 MAY 14, 2021 – The contrast in the transparency demonstrated by the United States and its European allies and that displayed by Russia is obvious — perhaps shown best in the way each side handles exercises.

Each day that Pentagon Press Secretary John F. Kirby briefs the media, he has a statement about U.S. exercises around the world. Today he discussed Defender-Europe 21. This is a large exercise designed to build readiness and interoperability among NATO allies and partners. It is led by U.S. Army, Europe, but has significant U.S. Navy and U.S. Air Force participation.

“The exercise continues with the Virginia class submarine USS New Mexico, arriving in Tromso, Norway, earlier this week,” he said. “In the next few days, there’ll be exercises on-going in Albania, Bosnia-Herzegovina, Croatia, Germany and North Macedonia.”

The NATO alliance handles exercise transparency much the same way and leaders discussed their exercise — called Steadfast Defender — with reporters in Brussels earlier this week. French Army Lt. Gen. Brice Houdet, the vice chief of staff of the Supreme Headquarters Allied Powers Europe, delineated exactly what the alliance was doing with its exercise. He stressed the alliance and the exercise is defensive in nature. Steadfast Defender is meant to improve the readiness of forces to defend NATO. “This is what we do,” he said. “We train to be ready, to have operational mentality and capability.”

“We’re going to continue to share with you as often as we can, how this exercise is going, because we believe that transparency is important and it’s also critical to helping avoid any misunderstandings and miscalculations,” Kirby said.

Compare this transparency with Russia’s recent snap “exercise” to Crimea and along its’ border with Ukraine. The Russians deployed well over 100,000 personnel to the area with not a scintilla of explanation. Despite repeated questions from European and U.S. leaders, the Russians said little about what they were deploying or — more important — why they were deploying troops and capabilities to the region.

The Russians said the forces were there on “an exercise.” It was the largest build-up since Russia illegally annexed Crimea and caused nervousness among America’s NATO allies.

Russian leaders said they have withdrawn the forces, but not all have gone, Kirby said. “We’ve seen some of their forces depart from those areas along Eastern Ukraine and occupied Crimea but not all,” he said.

He wants the Russians to be transparent about their intentions. “Let them speak to … what they’ve got there and what it’s intended for,” Kirby said. “We’ve seen some [Russian troops leave], but not all, and we continue to call on them to stop the aggression in and of Ukraine, and to be more transparent about what they’re doing. It’s never been perfectly clear, to be honest with you. We’ve seen the comments that it was an exercise, but again there’s, there’s still quite a sizable array of Russian forces in those areas.”