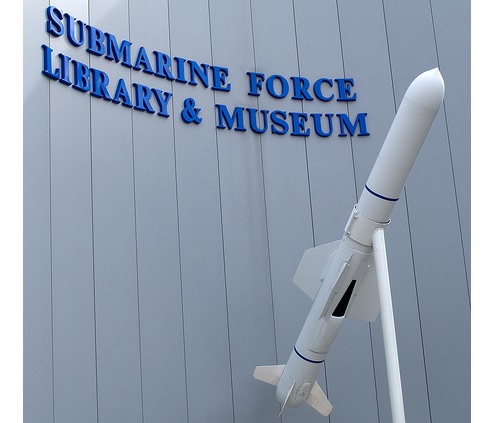 During the event, commands were invited to set up demonstrations geared toward highlighting their specific mission to local school children, Junior ROTC members, and Sea Cadets.

NIOD Groton Sailors demonstrated some of the fun elements of cryptology by providing students with puzzle exercises and coloring books that demonstrated how cryptology works, and had a hands-on display that allowed the students to see a visual representation of their voice over an oscilloscope connected to two telephones.

“This event provided a great opportunity for detachment Sailors to showcase their job, and to interact with local students and the public,” said Lt. Josh Robishaw, assistant officer-in-charge at NIOD Groton. “It was an overall success.”

The Submarine Force Library and Museum, located on the Thames River near Groton, Connecticut, was established in 1955 and is home to the first nuclear-powered submarine, former USS Nautilus (SSN 571).

U.S. 10th Fleet is the operational arm of Fleet Cyber Command and executes its mission through a task force structure.