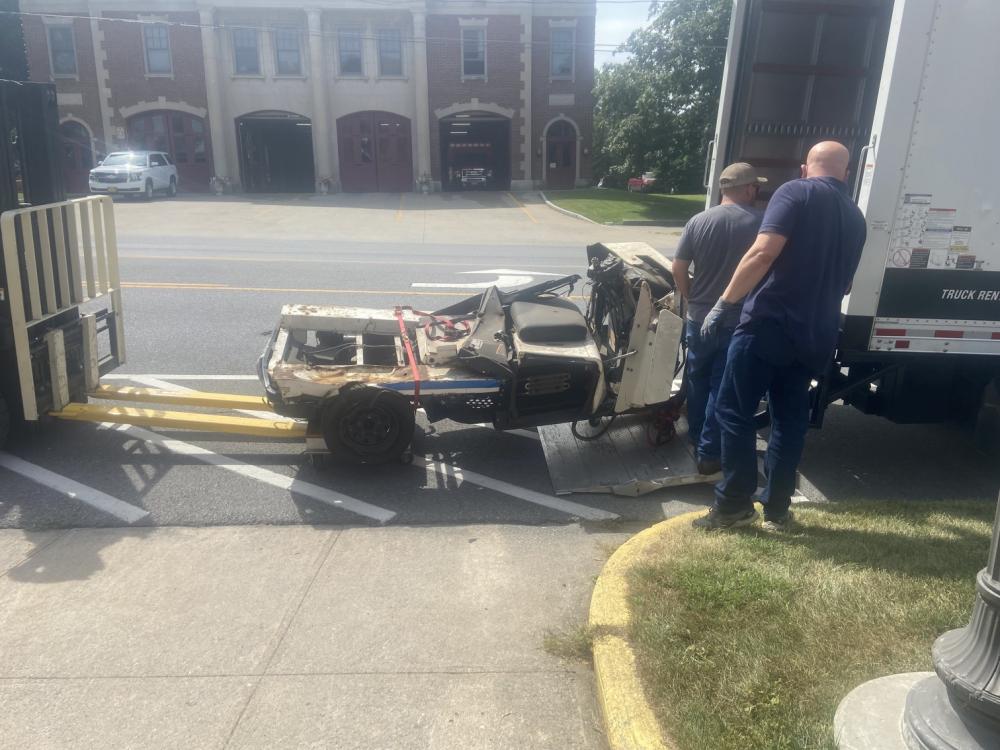 The exhibit tells the story of the day and the New York National Guard’s role in the response through a number of artifacts.

“The New York National Guard played an important role in New York’s response to the attacks on the World Trade Center, and then Guardsmen went on to deploy in the wars which followed, so this is part of New York’s military history,” said Courtney Burns, the museum’s director.

On display in the exhibit will be a portion of the fuselage, gear mechanism and engine ring from one of the airliners which hit the World Trade Center Towers, keys from Twin Towers officers and souvenirs of the Twin Towers.

The museum will also display fragments of the buildings, a fire truck door, and the ammunition pouch from a New York Police Department belt.

The largest exhibit will be a three-wheeled New York Police Department parking enforcement vehicle which was crushed in the collapse of the building.

These include a respirator carried by 1st Lt. Sean Flynn, a member of the 1st Battalion, 69th Infantry and missing person placards which were placed in the New York National Guard’s Lexington Avenue Armory when it served as a missing persons contact center.

The mission of the New York State Military Museum and Veterans Research Center is to preserve, interpret and disseminate the story, history and records of New York State’s military forces and veterans. The collection is divided into the museum and the library/archives holdings.

Begun in 1863 as the Bureau of Military Statistics under the office of the Adjutant General, the collection had not had a secure, permanent home until 2002 when it was moved into the historic armory in Saratoga Springs, New York which was renovated to house and exhibit the collection. The armory, designed by Isaac Perry and constructed in 1889, is a fine example of armory architecture that was popular in upstate New York in the late 1800’s.

The museum houses over 25,000 artifacts dating from the Revolutionary War to today that relate to New York State’s military forces, the state’s military history and the contributions of New York’s veterans.