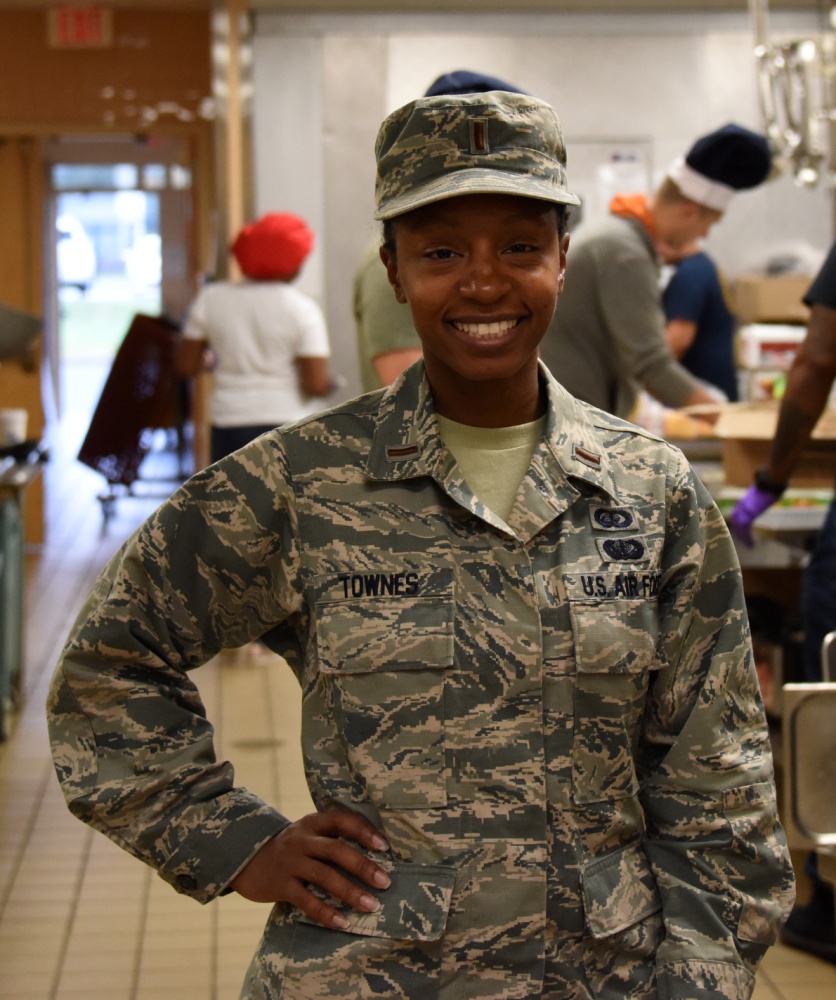 OCTOBER 3, 2019 – More enlisted Airmen now have a chance to become officers in the Air National Guard.

The regulation which set the maximum age for non-rated officers commissioning opportunities at 39 years old, has been replaced by a new requirement that allows Airmen to become officers if they can serve for at least 10 years before hitting their mandatory retirement date.

Their commissioning requirements are different, according to New York Air National Gurd Master Sgt. Matthew A. Repp, the recruiting and retention manager for the 106th Rescue Wing at Francis S. Gabreski Air National Guard Base in Westhampton Beach, N.Y.

The Air Guard has approximately 105,000 members, both enlisted and officers in the United States and its territories.

Officers represent about 17% of the 105,000 personnel, according to the 2016 Total Force Military Demographics

The Air Guard has seven and six percent fewer officers, respectively, than the Air Force Reserve and the active-duty Air Force, Repp said.

This difference means there can be opportunities for enlisted members to commission as officers in the Air Guard, explained Repp.

According to the National Guard Bureau the Air Guard represents 21% of the total Air Force and provides almost 50% of the Air Force’s tactical airlift support, combat communications functions, aeromedical evacuations, and aerial refueling.

“To overcome the challenges of the future, the Air Guard needs enlisted members who are leaders to take their problem-solving abilities to the next level and serve as officers,” White said.

Many enlisted members who had commissioned executed their jobs with excellence when someone identified them as a qualified candidate for commissioning, explained White.

While commissioning may not be the right move for everyone, there are several reasons why enlisted Airman wanted to commission.

“I commissioned because I wanted to effect change, invest in the development of my team so that my they could effectively execute the mission,” said 1st Lt. Julie C. Kurdi, 106th aircraft maintenance officer.

According to White, he commissioned based on the recommendation of people who observed his leadership potential.

“I chose to pursue a commission because I wanted to inspire change for the team that I would lead,” commented 1st Lt. Damina E. Townes, an officer with the 106th Sustainment Services flight.

Officer selection in the Air Guard starts with the announcement of a vacant position.

The officer selection process is quite rigorous, and only the most capable candidates are chosen, according to Repp.

“Qualified applicants must satisfactorily complete a medical physical, qualify for a security clearance, obtain a passing score on the Air Force Officer Qualifying Test, meet Air Force fitness standards, have a bachelor’s degree, pass an interview board, get letters of recommendation and attend the Total Force Officer Training if selected. The selected individual must also be able to serve for at least 10 years,” Repp said.

The most recent change to the Air Guard non-rated officer selection process is the age requirement. According to the Air Force Instruction, eligible members can apply for commission if they can serve for at least 10 years.

One of the most challenging hurdles enlisted members must overcome to become an officer is passing the officer qualifying test, explained White.

“I studied four days a week, an hour each day, for five months and hired a tutor as needed to prepare for the officer qualifying test,” White said. “Generally, this test can only be taken twice. Therefore, candidates need to take their time and do the work necessary to pass.”

If an applicant can meet the requirements and their package is accepted, the next step is meeting with the selection board for an interview. If the candidate is selected for commissioning, there still lies one more level of approval outside of the wing level.

Once NGB gives the final approval of the selected officer package, candidates are scheduled to attend officer training, which is eight weeks long at Maxell Air Force Base in Alabama.

Upon the successful completion of officer training, newly commissioned officers must attend a technical school, to learn their job and then complete on-the-job training.

The Air Guard will need new officers that can overcome the challenges of the future and lead the organization to mission success, explained Major Edward S. Boughal, 106th director of staff and a combat rescue officer.

For more information on officer positions and qualification, visit www.goang.com.