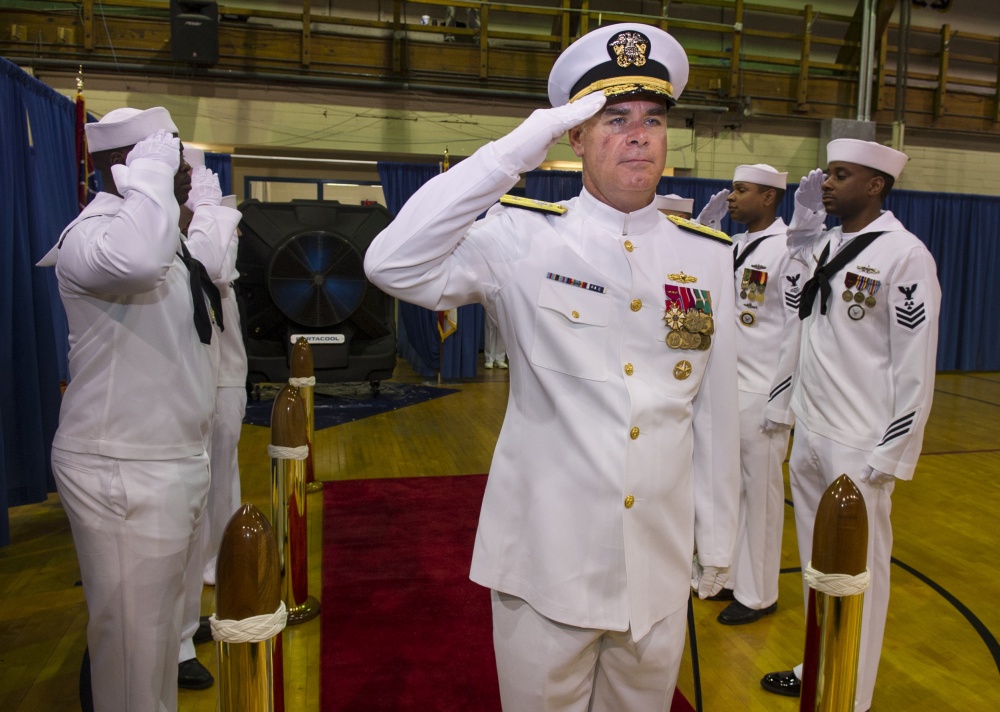 During his tour at NRC, Garvin was responsible for the entire spectrum of the Navy’s recruiting effort, leading a recruiting force of more than 6,100 officers, Sailors, civilians and contractors around the world. Under Garvin’s direction, Navy Recruiting Command recruited more than 43,360 of America’s best and brightest men and women into our active and reserve enlisted ranks and commissioned more than 3,380 officers into the U.S. Navy.

Garvin also oversaw the transformation of five Navy Recruiting Districts (NRD) into the new recruiting model Navy Talent Acquisition Groups (NTAG). On his watch, he also made great strides in expanding the recruiting force and implemented over 30 new initiatives that resulted in over 3,500 Future Sailors enlisting in the Navy who otherwise would have been turned away.

“Men and women of recruiting nation: what you have accomplished during my time working for you is nothing short of extraordinary,” said Garvin. “It’s been an absolute honor and privilege to serve you all. To say I’m proud of you would be an extreme understatement. I know that when I hear our tagline, “Forged by the Sea,” I will remember the time I got to be a part of this amazing family, and I will smile. I will always be proud to say I served with each and every one of you… and I’ll always be a recruiter.”

McLane is reporting to NRC after completing a successful tour as chief of staff, Naval Surface Force, U.S. Pacific. With a wealth of experience as a surface warfare officer across the Navy, McLane stated he has always admiration for the tenacity and intelligence of our Navy recruiters.
“I am honored to be part of the Navy recruiting team,” said McLane. “This is a very exciting time for our Navy and together we’ll ensure our recruiters keep their competitive advantage and continue to excel at recruiting the Navy the Nation Needs.”

McLane graduated from the U.S. Naval Academy in 1990 and has since went on to serve aboard five Navy ships, to include serving as the commanding officer of the USS Carney (DDG 64).

Chief of Naval Personnel Vice Adm. Robert Burke served as the presiding officer for the change of command ceremony and gave remarks as the guest speaker for the event. Burke thanked Garvin for his leadership and contributions to the Navy.

“I’m happy to be here today to celebrate the accomplishments of the Navy Recruiting Command team under the leadership of Rear Adm. Pete Garvin,” said Burke. “Thank you for making it look easy when we all know it wasn’t. More importantly, thank you for being a friend and inspiration to everyone on this team – including me. It has been a distinct honor and privilege to serve alongside you.”

He also welcomed McLane and his family, as he takes command of the recruiting enterprise.

The Navy’s recruiting force totals over 6,100 personnel in more than 1,000 recruiting stations around the globe. Their combined goal is to attract the highest quality candidates to assure the ongoing success of America’s Navy.