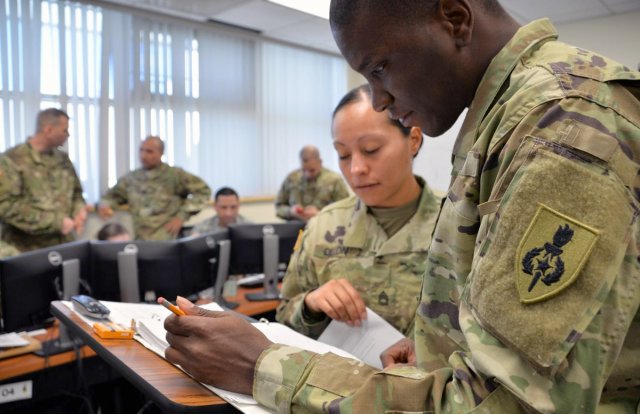 AUGUST 15, 2018 – A new Army Credentialing Assistance Program is set to begin a one-year limited user test in Texas this fall before a projected rollout to the entire service in fiscal year 2020.

The program, which has similar rates and eligibility as tuition assistance, will provide Soldiers up to $4,000 each year to pay for credentials that will prepare them for life after the military.

When fully implemented, the program will allow Soldiers to choose from more than 1,600 credentials currently offered on the Army’s Credentialing Opportunities Online website.

Many of those credentials offer promotion points and are recognized by civilian industry, including jobs in healthcare, plumbing, information technology and aviation repair.

“It better prepares our Soldiers for the marketplace,” said Col. Sam Whitehurst, director of the Army’s Soldier for Life program. “Whether the emphasis in the marketplace is on an educational degree or whether a certificate or license, this program is going to ensure our Soldiers are well-rounded as they enter the civilian workforce.”

The assistance program builds on the Army’s Credentialing Program, which was created in 2015. While that program only authorized Soldiers to take credentials in areas related to their military occupational specialty, the new program eliminates that requirement.

“If an infantryman is interested in transiting into the health industry after they get out of the Army, there are some professional entry-level credentials that they can start to work on while they’re still in,” said Maj. Sean McEwen, director of Soldier for Life education and training.

In the initial test, every Soldier stationed at Fort Hood, in addition to Army National Guard and Selected Reserve Soldiers who serve in Texas, will be able to choose from nearly 30 different credentials.

“It’s truly going to be supportive of the total Army here in Texas,” said Michael Engen, the education services officer at Fort Hood.

Some credentials being offered in the limited user test will include certifications to become a computer systems security analyst, personal trainer, or emergency medical technician.

As the first step in implementing the program, the test will validate how the program is administered and forecast future demand and requirements.

Due to its large population and community partnerships, Fort Hood was chosen to be the first installation for the test, and officials said the pilot program may include other posts in the future.

“I’m really optimistic that we’re going to have a more significant portion of our community more actively engaged with their personal professional development because of the credentialing assistance program,” Engen said.

When the test officially launches Sept. 6, many Soldiers stationed in Texas will be able to speak with education officials and register for courses. The courses cannot start until Oct. 1 and will be subject to availability and funding, Engen said.

Under the program, Soldiers can receive up to $4,000 annually in combined tuition assistance and credentialing assistance, according to Human Resources Command. The funds can go toward academic, vocational, and technical type courses that lead to a credential or license, and/or the exam Soldiers may need to complete.

Since it does not have the same limitations as tuition assistance, credentialing assistance has more flexibility on what it can pay for. That could include course registration and other academic fees, as well as associated learning materials. Even “boot camp” pre-certification training may be covered by the program, Engen said.

Each year, over 25,000 Soldiers already take advantage of credentials offered by the Training and Doctrine Command and the Medical Command. The assistance program looks to add to that success, and perhaps, attract people to the Army.

“We’re going to see a growth in professional readiness for a lot of our skilled MOSs,” McEwen said. “We also expect this is going to be a tool to help us recruit and retain talent. People are going to identify the Army as an organization that values skilled and trained professionals.”

And if Soldiers do decide to get out and pursue a civilian career, they will be ready.

“When you look at this program, it really demonstrates the Army’s commitment to being a Soldier for Life,” Whitehurst said. “We ensure our Soldiers are prepared to fight and win our nation’s wars while they serve. But through this program, we invest in their futures so that they become productive and successful veterans.” 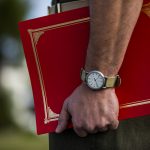