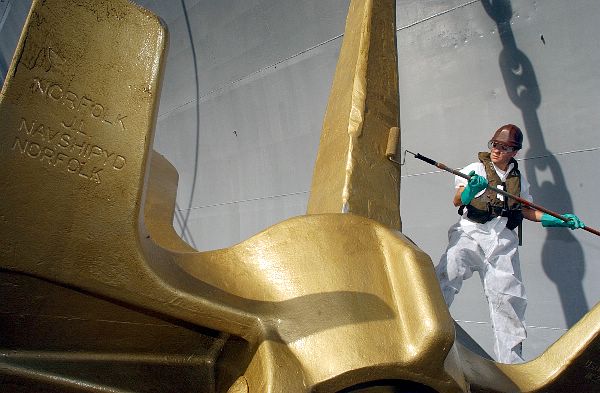 JANUARY 9, 2020 – The Navy exceeded retention benchmarks for Fiscal Year 2019, reflecting Sailors’ desires to remain in service despite a strong national economy, according to data released Jan. 8.

Sailors in their first ten years of service—Zones A and B—decided to stick around at reenlistment rates of 64% and 72% respectively, well above the benchmarks. Zone C, those in the 10-14 year windows, also met benchmarks, reenlisting at rates of 85%.

The data is taken from the Navy Retention Monitoring System, as part of the ongoing Retention Excellence Award (REA) criteria.

“We are building the Navy the nation needs,” said Vice Adm. John Nowell, chief of naval personnel. “These retention numbers signify that Sailors want to stay Navy. By retaining our best and brightest, we reduce recruiting and training costs and ultimately make us a better warfighting force.”

The release of the data coincides with the release of Fiscal Year 20 retention benchmarks. The Zone A attrition target is now 4.5% or less. Benchmarks across all zones are up by 2% over last year [Zone A 57%; Zone B 67%; Zone C 82%].

NAVADMIN 003/20 noted that reserve affiliations will not count against a command’s attrition rate so long as the Sailor affiliates within 180 days of separation.

Commands that meet retention benchmarks for two quarters or the fiscal year will qualify for the golden anchor or retention excellence pennant for sea going or shore commands respectively.

The good news for commands who meet REA criteria is that they are exempt for at least two years from an inspection from their Type Commander (TYCOM) or Immediate Superior in Command (ISIC) assessment.

Retention is part of #MyNAVYHR goals of manning the fleet and developing a 21st century fighting force that is focused on Sailor readiness and their Families’ welfare. The #MyNAVYHR team strives to modernize policies while challenging traditional processes to ensure an effective system of personnel management.