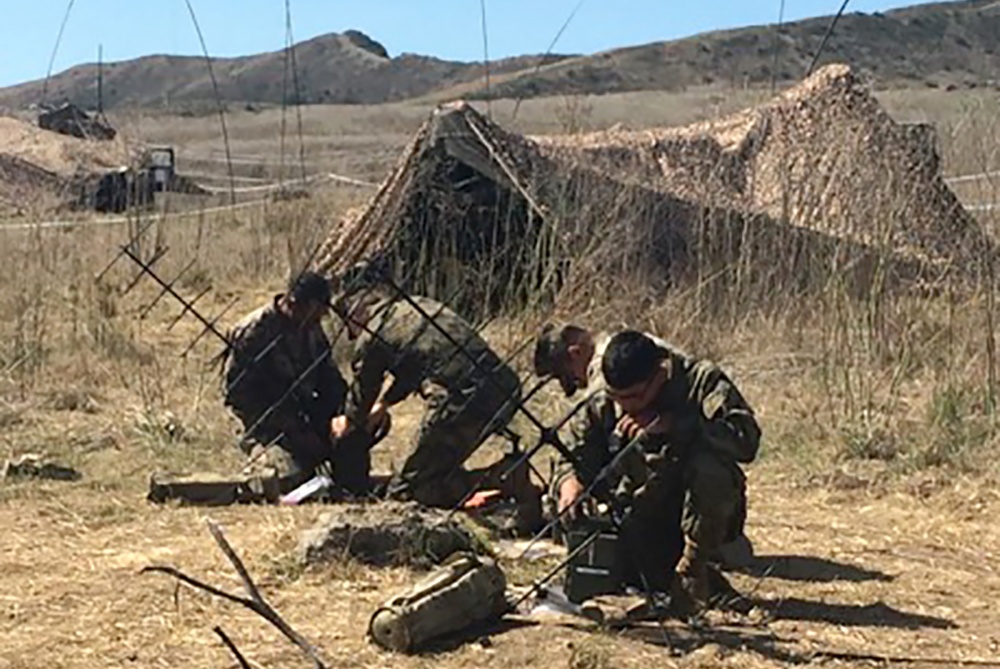 AUGUST 3, 2018, San Diego, CA – The Navy announced today that its next generation narrowband satellite communication system has been approved for expanded operational use by U.S. Strategic Command.

The authorization paves the way for Navy and Marine Corps early-adopter commands to use the system on deployment as early as this fall, primarily in the Pacific theater.

Each MUOS satellite has dual-capability. The legacy satellite communications payload was designed to maintain legacy narrowband communications for the Department of Defense while the advanced MUOS capability came on-line. The full-suite MUOS payload, known as Wideband Code Division Multiple Access (WCDMA) waveform, adapts commercial cellular technology to allow warfighters to communicate beyond-line-of-sight, more securely and reliably than ever before, and with 10 times the capacity compared to the legacy capability.

“Narrowband communication is used by every combatant command, aboard ships at sea and multiple aircraft platforms, and by ground troops in a variety of warfighting applications, such as special operations,” explained Rear Adm. Carl Chebi, who leads the Navy’s Program Executive Office (PEO) for Command, Control, Communications, Computers and Intelligence and PEO Space Systems.

“MUOS’ acceptance for operational use is an important milestone for the Navy, and it’s one step closer for significant communications improvements for all our forces,” Chebi noted.

“The feedback we’ve received from the first WCDMA users has been invaluable,” said Navy Capt. Chris DeSena, program manager for the Navy Communications Satellite Program Office, which oversees the MUOS program. “That was the real dividend of this phase: working out some kinks but also gaining insight for concepts of operations that we didn’t envision even a few years ago.”

With the MUOS constellation on-orbit, the ground and network management system operational, and the WCDMA waveform available for end-user radios, operators today with MUOS WCDMA radios are connecting beyond line-of-sight around the globe, transmitting simultaneous voice, video and mission data on an Internet Protocol-based system that connects to military networks. MUOS-enabled radio population continues to be the limiting factor for greater MUOS WCDMA use.

The system is expected to be declared fully operational following Multi-Service Test and Evaluation in summer 2019.

The Marine Corps announced in June that it would be the first service to widely deploy MUOS, largely due to its investment in MUOS-portable radios over the past six years. The Marine Corps is slated to begin initial MUOS fielding in the fourth quarter of 2018, followed by initial operational capability in the first quarter of 2019.