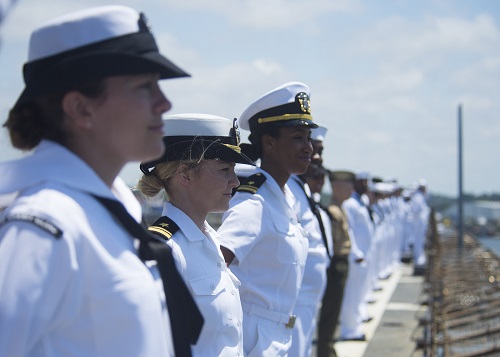 Eighty-four skills remain unchanged in this update and no skills were added or had award levels increased. NAVADMIN 155/16 also lists 39 skills closed since February when they met their reenlistment quotas. The NAVADMIN contains the complete list of SRB skills award levels with changes.

Sailors should expect to see more frequent SRB updates via NAVADMIN as well as through the SRB page on Navy Personnel Command’s website.

This update brings back the policy that Sailors with Tier 2 and Tier 3 skills must reenlist in the same fiscal year as their expiration of active obligated service (EAOS), a change from the last NAVADMIN.

SRB rewards Sailors who attain special training in skills most needed in the fleet and helps meet critical skill reenlistment benchmarks. Award levels are adjusted as reenlistment requirements for specific ratings and skill sets are met.

Enlisted Community Managers continuously monitor the health of their community and make recommendations to leadership, as required, to maintain acceptable manning levels in critical skills. As reenlistment requirements for specific ratings and skill sets are met, award levels are reduced to zero and posted on the Navy Personnel Command (NPC) SRB webpage http://www.public.navy.mil/bupers-npc/career/enlistedcareeradmin/Pages/SRB.aspx/.

Eligible Sailors desiring SRB reenlistment are encouraged to work with their command career counselors, command master chiefs and chain of command to discuss timing of reenlistment and procedures well before their EAOS. Requests are required to be submitted a minimum of 35 days prior to the requested reenlistment date.

Current SRB information can be found at http://www.public.navy.mil/bupers-npc/career/enlistedcareeradmin/Pages/SRB.aspx/.