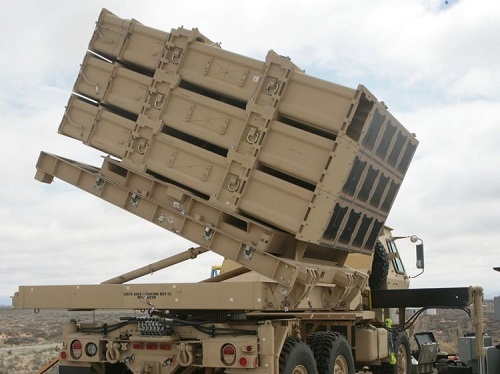 The Longbow Hellfire missile has been undergoing developmental testing for incorporation into the SSMM, part of the LCS surface warfare mission package.

A major milestone demonstrating the SSMM missile launch module’s ability to withstand heat and fire in the event of an unplanned rocket motor ignition was achieved at the Naval Surface Warfare Center, Dahlgren Division’s Explosive Experimental Area. Prior to integrating and testing the Longbow Hellfire missile aboard a LCS, a series of tests must be accomplished to prove the safety of the system.

During the test of the missile exhaust containment structure (MECS), a test designed to duct missile exhaust and fire through plenum exhaust chambers in the top of the SSMM module, one live Longbow Hellfire missile with inert warhead and non-functional guidance section was fired but restrained in the launcher. As the missile’s rocket motor burned, exhaust and flames ducted properly through the MECS plenums.

“This critical test concludes another vital step in a series of efforts that will lead to the fielding of this tremendous capability to LCS and to the fleet,” said Capt. Ted Zobel, program manager for the LCS Mission Module Program.

The test verified the MECS could prevent ignition exhaust fire from escaping into other missile modules. Three mass-simulated Longbow Hellfire missiles and eight mass-simulated missiles with inert rocket motors were situated with the live missile to help evaluate the MECS’s effectiveness.

The Navy is planning to deploy the Longbow Hellfire missile capability aboard a LCS by December 2017. Structural test firing from a LCS is scheduled to occur by March 2017.