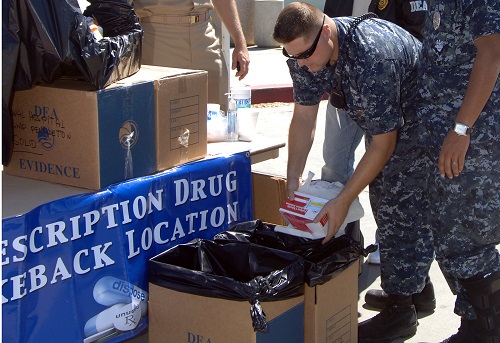 Navy personnel and their families can reduce these risks by safely disposing their drugs during National Take-Back Day, scheduled for Oct. 22, 2016. The event encourages people to turn in expired or unwanted prescription drugs to a local drop-off site anonymously and free of charge.

“If not properly disposed of, unused or expired prescription medications are a potential source of harm for our Sailors and our communities,” said LaNorfeia Parker, Deputy Director of the Navy Alcohol and Drug Abuse Prevention Office. “Keeping these medications-including those that have been legitimately prescribed but are beyond 180 days after the dispense date-in your possession can increase the likelihood of misuse.”

“Dispose Properly” is one of four steps that the Navy’s Prescription for Discharge campaign promotes to prevent misuse and abuse of prescription medication, in accordance with the Navy’s zero tolerance policy.

“Take-Back Day is an opportunity for us to take an ‘all-hands’ approach to safeguarding ourselves and each other,” said Parker. “Flushing medication down the toilet can contaminate the water supply, while placing it in the trash runs the risk of others using the medication.”

Recognizing the need for safe disposal, the Military Health System recently announced that it will establish a Drug Take-Back program to help beneficiaries properly dispose of their prescriptions and over-the-counter medications at all military treatment facility (MTF) pharmacies in United States and U.S. Territories. Sailors can find information about whether their MTFs are participating by contacting the hospitals directly. While participation at MTFs is encouraged, Sailors and their family members can also drop off unused or expired medications at participating sites in their local communities. Collection sites in local communities can be found by visiting the Drug Enforcement Agency’s Office of Diversion Control and searching for local collector locations.

At the Take-Back Day held last April, Americans turned in 447 tons (over 893,000 pounds) of prescription drugs at almost 5,400 sites operated by the Drug Enforcement Agency (DEA) and more than 4,200 of its state and local law enforcement partners. Overall, in its 11 previous Take-Back events, DEA and its partners have taken in over 6.4 million pounds-about 3,200 tons-of pills. 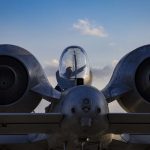