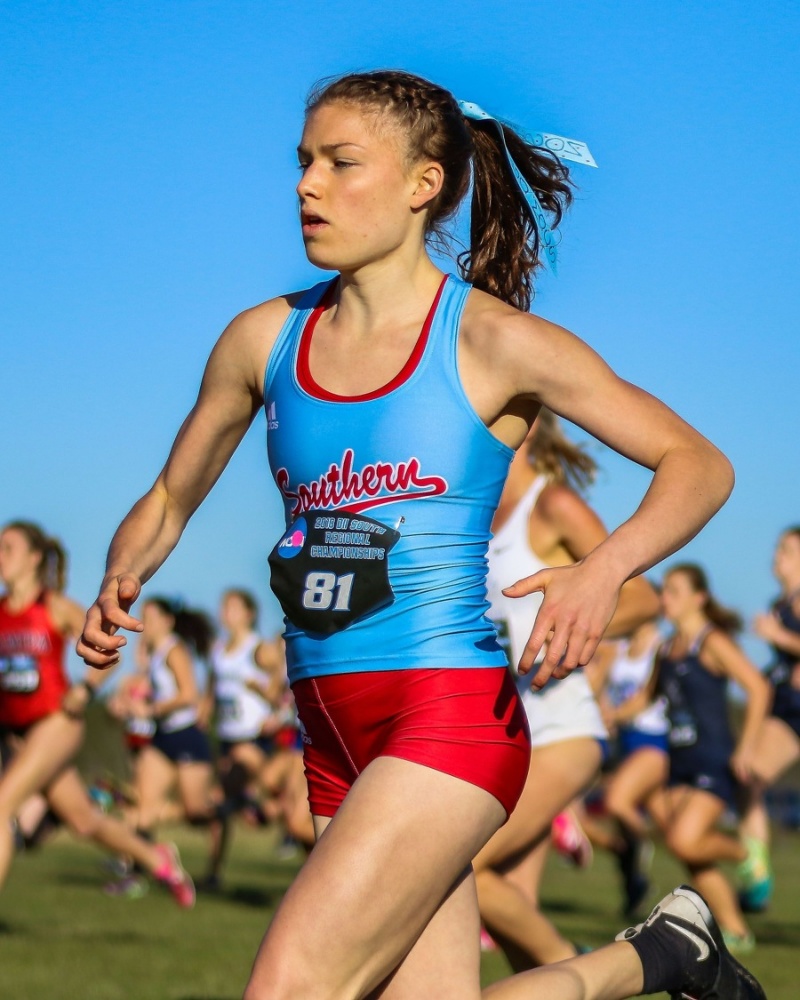 SEPTEMBER 19, 2020 – Navy Ensign Addison Cantor, the Sunshine State Conference (SSC) 2020 Woman of the Year, and 2020 Collegiate Sports Information Directors of America (CoSIDA) First Team Academic All-American, has been named as one of the NCAA’s Top 30 Woman of the Year honorees for her “demonstrated excellence in academics, athletics, community service and leadership.”

Cantor, who just began her studies as a first-year military medical student at the F. Edward Hebert School of Medicine – “America’s Medical School” — at the Uniformed Services University of the Health Sciences, was a three-year letter recipient as an athlete for Florida Southern College’s Moccasins cross-country and track and field teams.

In her last two seasons at Florida Southern, Cantor competed in nine cross country races. In 2019, she was named to the CoSIDA Academic All-American Second Team and a member of the U.S. Track and Field and Cross Country Coaches Association (USTFCCCA) All-Academic Team. Additionally, she was named to the USTFCCCA All-Region Team, the All-SSC First Team and the SSC All-Championship Team. As a member of Moccasins’ women’s track team, she holds the record for fastest times in the 3000-, 5000-, and 10000-meter runs.

Cantor majored in biochemistry and molecular biology, had a 4.0 GPA prior to admission to medical school, and earned a spot four times on the Florida Southern President’s and Dean’s Scholar Lists. She was also president of the school’s Alpha Epsilon Delta Health Pre-Professional Honor Society and devoted more than 100 hours as a medical assistant with a free clinic in Lakeland, Florida, called Lakeland Volunteers in Medicine.

“I was extremely moved by the hardworking individuals at the clinic and the profound impact they were making on the community so, in 2016, I decided to start a nonprofit business and donate all profits to Lakeland Volunteers in Medicine. Since 2016, I have raised more than $500 for Lakeland Volunteers in Medicine selling handmade jewelry and other small items online and at local markets,” Cantor said.

Cantor was also actively involved in basic science research. As a member of the Gamma Sigma Epsilon Chemistry Honor Society at Florida Southern, she studied the behavior and interaction of proteins involved in the pathology of Parkinson’s disease, and earned the College’s Hanson Academic Merit Award that recognizes outstanding student academic performance, including notable research.

“We are very proud of Ensign Cantor for this outstanding honor, but not surprised. The intelligence, teamwork, leadership, and selflessness she displayed during her undergraduate years at Florida Southern College epitomizes our students here at USU and her many new colleagues within the Military Health System. We congratulate Ensign Cantor for this top NCAA recognition and we are confident she will continue to achieve great things throughout her career,” said Dr. Richard Thomas, USU President.

Cantor was among an initial 605 school nominees for the NCAA award. That number was culled to 161 nominees by conference offices and ultimately narrowed to the Top 30. The Top 30 honorees include 10 from each of the three NCAA divisions.

“The 30 honorees selected this year excelled in the classroom and in competition while also remaining committed to serving their peers and communities,” said Suzette McQueen, chair of the Woman of the Year Selection Committee and senior associate commissioner for external relations and strategic marketing/senior woman administrator at the Central Intercollegiate Athletic Association. “These outstanding women represent the thousands of diverse and talented women competing in college sports each year, and we’re proud to recognize their achievements on and off the field.”

In October, the selection committee will narrow the field of 30 to nine finalists for Woman of the Year. The Top 30 will be celebrated and the Woman of the Year will be named later this fall.

“I am so very honored to be recognized as one of the Top 30 nominees for the NCAA Woman of the Year award. I am so proud to represent the NCAA and the track and cross country programs at Florida Southern College, as my teammates and coaches instilled in me not only the importance of discipline and a strong work ethic, but also the importance of looking out for your teammates. My coaches and teammates were always enthusiastically supportive of my aspirations to serve in the Navy and attend medical school, and I believe that the skills and life lessons that I learned from taking part in athletics have prepared me very well for my career as a United States Naval Officer and future physician. I am immensely honored to be considered among the other inspiring nominees, and I am very thankful to the NCAA for this recognition,” said Cantor.