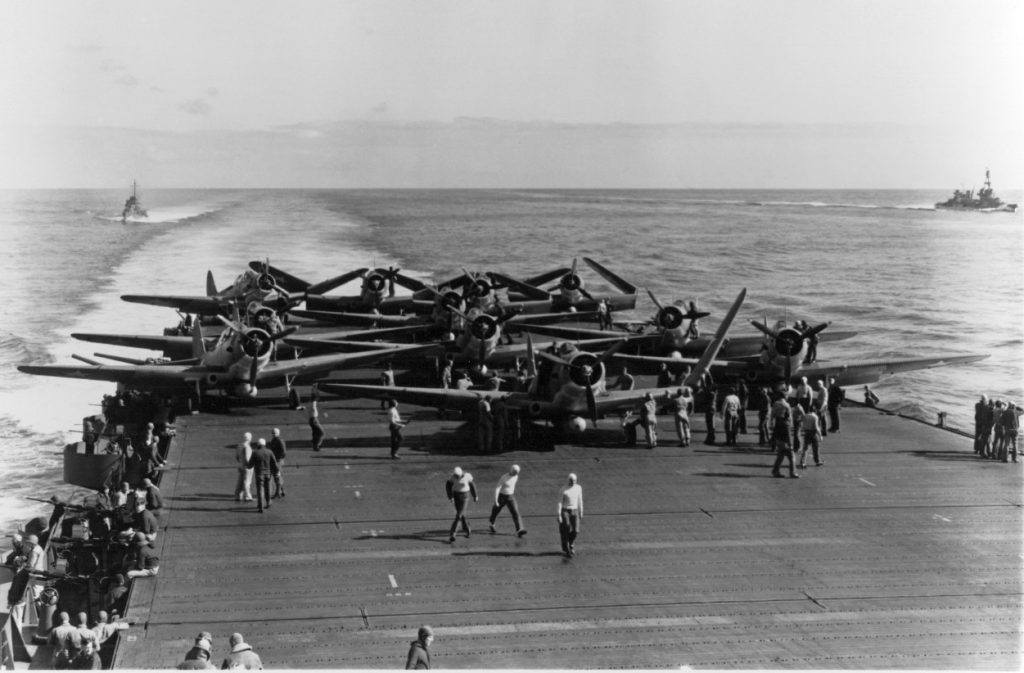 Vice Adm. Kenneth Whitesell, Commander, Naval Air Forces , spoke about the courage and character of those who fought at Midway.

“It has been 79 years since our brave veterans sacrificed so much to ensure victory and prosperity for this country,” said Whitesell. “I can’t help but think about the resolve, fervor, and heroism of those men.”

The guest of honor at the dinner was retired Senior Chief Aviation Ordnanceman Ervin “Judge” Wendt, who was assigned to Torpedo Squadron (VT) 8 during the battle.

Wendt enlisted in the United States Navy on May 11, 1937, and served for 30 years before retiring. He made 11 torpedo aerial flights as an air bomber and tunnel gunman while attached to VT-8. He was awarded a Purple Heart for wounds received in action, two Air Medals, and numerous other awards including the Presidential Unit Citation for VT-8. He served in World War II, the Vietnam War and the Korean War before his retirement in 1967.

Each year, CNAF, along with Commander, Naval Surface Forces; Commander, U.S. 3rd Fleet and Commander, Navy Region Southwest host a Battle of Midway commemoration ceremony aboard the USS Midway Museum in honor of the service members who participated in this historic naval battle.