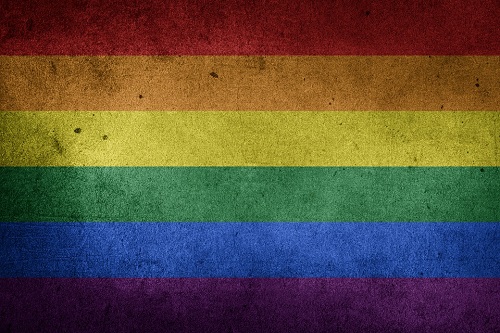 The hourlong event, organized by the NATTC Command Diversity Council, featured presentations from council members as well as guest speaker retired Lt. Kathryn Kasten, who said the concept of a military event recognizing LGBT contributions to the military is a definitive step in strengthening the U.S. Navy’s culture of diversity.

“The Navy has a strong tradition of diversity, and holding diversity celebrations strengthens the commitment of our Sailors to ideals of equality,” she said. “I think it’s important for young Sailors to also see that their chain of command supports diversity.”

Kasten, an openly lesbian 10-year Navy veteran and U.S. Naval Academy graduate currently assigned to Training Squadron (VT) 4, spoke at the ceremony describing the difficulties she encountered during her time on active duty. Stressing the importance of equality among service members, Kasten added that even during her time on active duty in the U.S. Navy, the shift in attitudes toward LGBT issues has been dramatic.

“I served both before and after the repeal of ‘Don’t Ask, Don’t Tell,’ so there was a time that I could never have imagined giving a speech like that,” she said. “I feel that it’s important to share my story so that I can help give a face to our diversity.”

Presentations during the NATTC Command Diversity Council event included biographies of notable LGBT service members who had served in the military or in other branches of public service.

The month of June, recognized in commemoration of the Stonewall Riots which took place in June 1969 at the Stonewall Inn in Greenwich Village, New York — generally viewed as the catalyst for the United States LGBT movement — was officially designated LGBT Pride Month by President Barack Obama.

For more than 70 years, with the last two decades at NAS Pensacola, the Naval Air Technical Training Center has been providing training and increasing readiness within the Naval Aviation Enterprise. The facility graduates approximately 15,000 Navy, Marine Corps and international students annually and is the largest training facility in the Navy post Recruit Training Command.

CNATT is the technical training agent for the Naval Aviation Enterprise, an organization designed to advance and sustain naval aviation warfighting capabilities at an affordable cost, and is the largest training center under the Naval Education and Training Command.