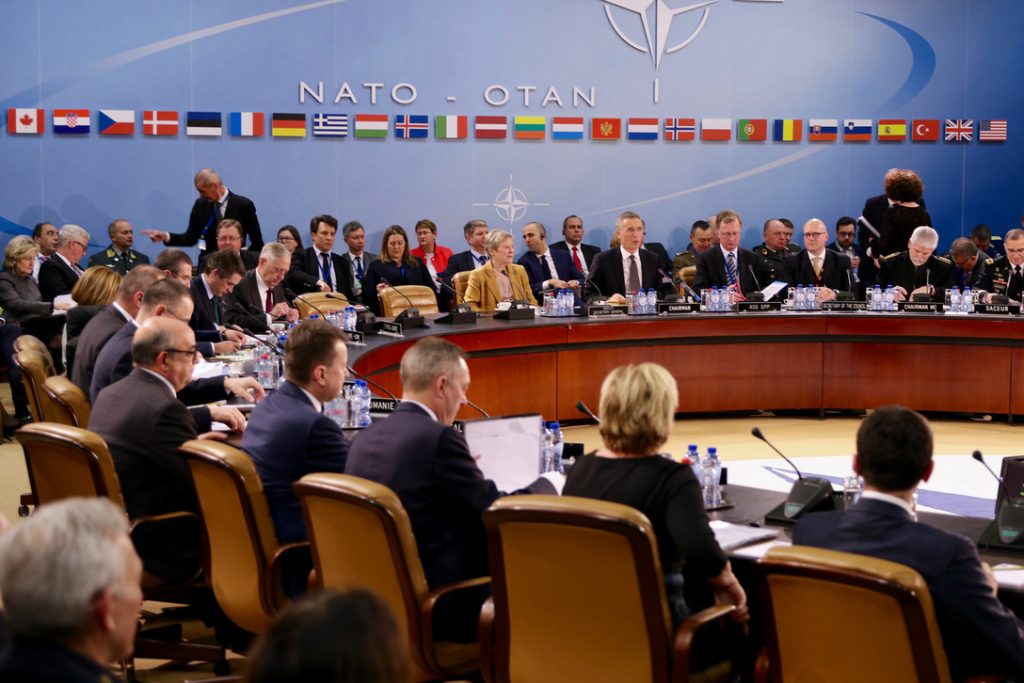 “In a world awash in change, NATO stands firm as an island of stability in a turbulent sea,” Mattis said during a news conference at the conclusion of the meeting.

Projecting stability requires the alliance’s political stance to be backed by military forces that are fit to fight, the secretary said. This will reduce the chance of miscalculation by any adversary.

Adapting to Changing Times
NATO, he added, must continue to adapt to the changing times and changing capabilities of any adversaries.

During the ministerial, the defense leaders discussed the recently published U.S. Nuclear Posture Review. Mattis said that many allies had been consulted on the study.

“The review was very well received across the alliance, the secretary said. “The U.S. approach to nuclear deterrence embraces two co-equal principles: First, ensuring a safe, secure and effective nuclear deterrent, and second, working wherever possible for nuclear non-proliferation and arms control.”

Mattis was pleased on discussions about burden-sharing in the alliance. He noted that alliance nations have increased defense spending and are working on improving “the culture of readiness.” This will provide ready forces that will be responsive to NATO’s political direction.

The alliance must make political decisions faster, adapt the command structure and accelerate military mobility in conjunction with the European Union, the secretary said.

NATO Spending Increases
A total of eight NATO nations will meet the target of spending 2 percent of gross domestic product on defense and 15 nations will hit that mark by 2024. Mattis noted that France is forecasting hitting that level in 2025.

NATO is a member of the global coalition to defeat the Islamic State of Iraq and Syria, and defense ministers agreed to remain committed to the immediate and longer-term missions in Iraq.

“NATO will sustain its investment in Iraq to project stability into the geopolitical heart of the Middle East,” Mattis said. “America supports NATO’s initiative for a NATO training mission in Iraq.”

NATO is also a stalwart part of the mission to Afghanistan and the ministers committed to filling critical shortfalls in the staffs.

“It is the collective dedication of the 29 nations, and working together creates the collective strength as we fight the threats from the east and the south to defend our values,” he said. “There is much that needs to be done, but NATO is on the right trajectory.”