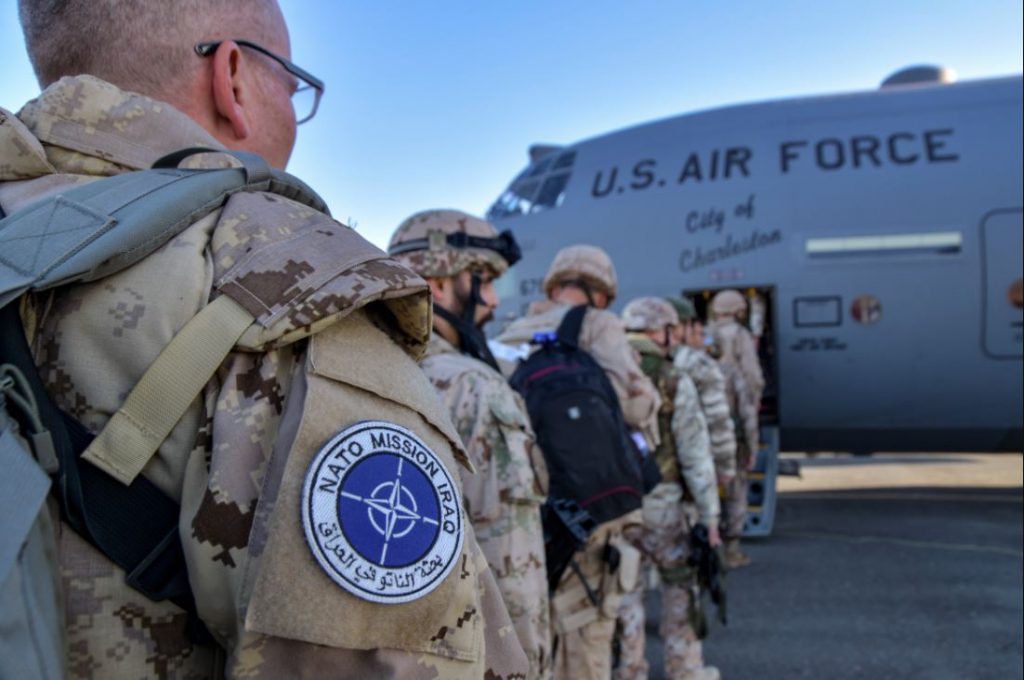 FEBRUARY 19, 2021 – Alliance defense ministers have agreed to raise the number of troops for the NATO Mission in Iraq from 500 to 4,000, Secretary General Jens Stoltenberg said during a virtual news conference today.

The secretary general spoke at the end of the alliance Defense Ministerial. Secretary of Defense Lloyd J. Austin III participated in the virtual meeting for the United States.

Stoltenberg said the ministers also discussed the situation in Afghanistan and the progress of the peace process. The U.S.-Taliban Agreement calls for withdrawal by May 1 if conditions are met.

“We are faced with many dilemmas, and there are no easy options,” Stoltenberg said. “At this stage, we have made no final decision on the future of our presence. But as the first of May deadline is approaching, NATO allies will continue to closely consult and coordinate in the coming weeks.”

The NATO allies remain committed to the support mission, which has been instrumental in forging a combat ready Afghan military and competent police, he said.

The secretary general stressed that the NATO allies will make decisions together. “I also very much welcome the very clear message from Secretary Austin, who made it very clear that the United States is going to continue to consult with NATO allies, and continue to make sure that we are coordinated as we move forward in Afghanistan,” he said.

With the May 1 deadline approaching, Stoltenberg called on the Taliban to live up to its commitments in the peace agreement to reduce violence, disown terrorist groups and negotiate honestly with the Afghan government. “The peace process is the best chance to end years of suffering and violence and bring lasting peace,” he said. “It is important for the Afghan people for the security of the region and for our own security.”

He called on all sides to re-energize the peace process. “NATO’s goal is to ensure that Afghanistan never again becomes a safe haven for terrorists that would attack our homelands, so allies will continue to assess together the conditions on the ground,” Stoltenberg said. “As we do, the protection of our troops remains paramount, and we will take all necessary measures to keep them safe.”

In Iraq, the training mission will expand in personnel and geographically beyond Baghdad. “Our presence is conditioned-based, and increases in troop numbers will be incremental,” Stoltenberg said.

The decision came about as part of a request by Iraqi officials. Stoltenberg said he spoke personally to Iraqi Prime Minister Mustafa al-Kadhimi assuring him that “everything will be done in full consultation with Iraqi authorities.”

The move is also being done in consultation with the nations of the global coalition to defeat the Islamic State of Iraq and Syria. Canada has led the training mission for the past two years and just turned the command over to Denmark.