SEPTEMBER 16, 2019 – The maxim “in together, out together” still appends to NATO operations in Afghanistan, Royal Air Force Air Chief Marshal Sir Stuart Peach said today at the conclusion of the alliance’s Military Committee meeting in Ljubljana, Slovenia.

Peach, the committee chairman, also spoke of the changes the committee is recommending to “operationalize” NATO’s new military strategy. He thanked Maj. Gen. Alenka Ermenc, the Slovenian military chief of staff, for the excellent work her military did in supporting the conference.

NATO must change with the times to ensure the alliance can continue to deter and defend in the Euro-Atlantic, Peach said. “The security challenges we face together as allies — all 29 of us — are becoming global,” the air chief marshal said. “The values-based system that we all share … is put under pressure.”

The chairman pointed to Russia’s illegal annexation of Crimea in 2014 and its continued destabilization of Eastern Ukraine as just one example of the pressure the alliance is under.

“Another area where we see that challenge is the fight against terror,” he said. “As we recall 18 years since 9/11 this week, NATO has played a key role in fighting terrorism. It was the first and only time Article 5 was invoked.”

Prevention is better than intervention, Peach said, and the chiefs are committed to continuing to train local forces and build the capacities of nations so they can stabilize and secure their own countries. “All nations of the alliance benefit through membership, and we are all stronger together through our unity,” he said.

Fair burden-sharing in the alliance is crucial and all members are making progress on defense spending and capability-building, Peach said, noting that “Collective security is a price worth paying.”

NATO is a defensive alliance, but one that has the capacity to perform a wide variety of missions, he said. “As we stand here today, there are over 20,000 NATO personnel engaged in operations, missions and activities,” Peach said. “They — the armed forces — are the clearest and most powerful expression of everything the alliance stands for.”

Officials said the chiefs reaffirmed the alliance’s commitment to maintaining a deter and defend posture and to communicating to any possible adversary NATO’s determination to maintain peace and stability in the Euro-Atlantic.

The chiefs are all behind the Resolute Support Mission in Afghanistan.

“NATO allies and partners will continue to train the Afghan security forces,” Peach said. “We will help to make them stronger so they can fight international terrorism and create peace and stability in their country. All chiefs of staff, today, reaffirmed their support for the Resolute Support Mission.”

Officials said the chiefs also discussed the alliance’s new strategy and its warfighting concept. They agreed to develop the concept further to guide future military requirements.

“On the warfighting concept … and we will do further work on space, innovation and emerging and disruptive technology,” Peach said. “We are preparing for the future. We are preparing by making our forces fit for purpose.” 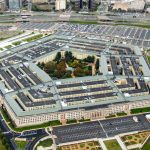