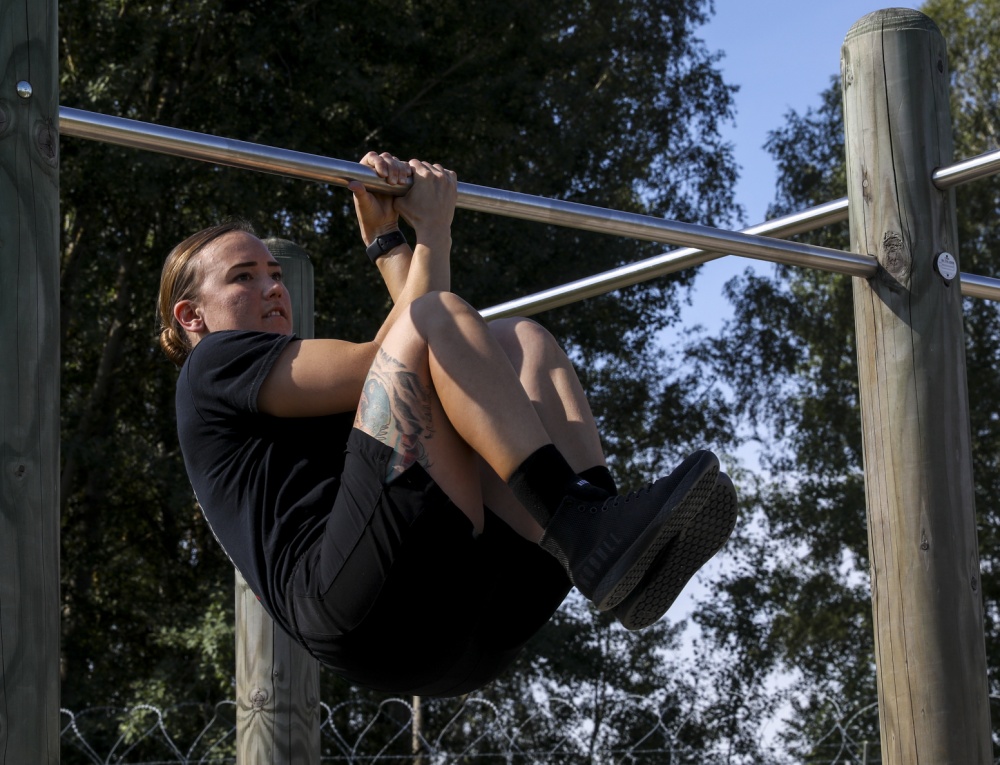 JUNE 2, 2021 – The next adaptation of ACFT, the 3.0 version has four main objectives: improving soldier and unit readiness, transforming the Army’s fitness culture, reducing preventable injuries and attrition as well as enhancing mental toughness and stamina.

Allen said VTARNG Soldiers have been informed about the ACFT 3.0 walkthroughs by email and an ACFT/Holistic Health and Fitness (H2F) newsletter sent to individual commands and attached to unit drill newsletters.

“In the newsletters are articles on H2F, mobility exercises, exercises to help with the events in the ACFT 3.0 and Soldier Shout outs,” Allen said.

As a component of transitioning the VTARNG to the new ACFT 3.0, weekly introductory walkthroughs are held at Camp Johnson in Colchester, VT. “I usually have between five and eight Soldiers show up each week,” Allen said.

“At the moment we don’t have enough Soldiers trained to administer and grade, I would like to have at least five Soldiers from each unit as Level II Trainers by the time we have to take the ACFT 3.0 for record, my plan is to have more grader training courses.”

Allen also plans to begin ACFT 3.0 Level I grader courses on a weekly basis in conjunction with the introductory classes, “I want to start group workout classes as well.”

Trainers will have to become familiar with a new evaluation system using gender-informed performance categories to proportionally tier ACFT performances.

Provided with sign-up information for the ACFT 3.0 grader classes, Allen believes Soldiers take will stand up to the challenge.

“You don’t need to pass the ACFT to grade other taking the test, you do need to attend the course and be familiar with the exercises.”

Allen admits all has not been smooth going, finding an optimal time for workout classes has been difficult.

“One obstacle we face is Soldiers not feeling prepared or have never taken the test.”

Another requires considerable preparation in order to achieve a passing score. “It’s not like the Army Physical Fitness Test where you could just take anywhere and at anytime, that is an obstacle, another is lack of a dedicated space for the AFCT in winter.

Allen said these issues will be resolved prior to the test being taken for record. Noting one concern, Allen said M-Day Soldiers may not receive notice of the introduction courses.

“Not enough goes on their military email so they may not know classes are available, making sure they are provided with this information is critical to their success and is something their leaders need to make sure is being done.”

Allen is already noticing the benefits of the introduction classes, “the Soldier really enjoy the walkthroughs, they feel empowered when they are able to pass the events and know what they need to work on if they don’t.