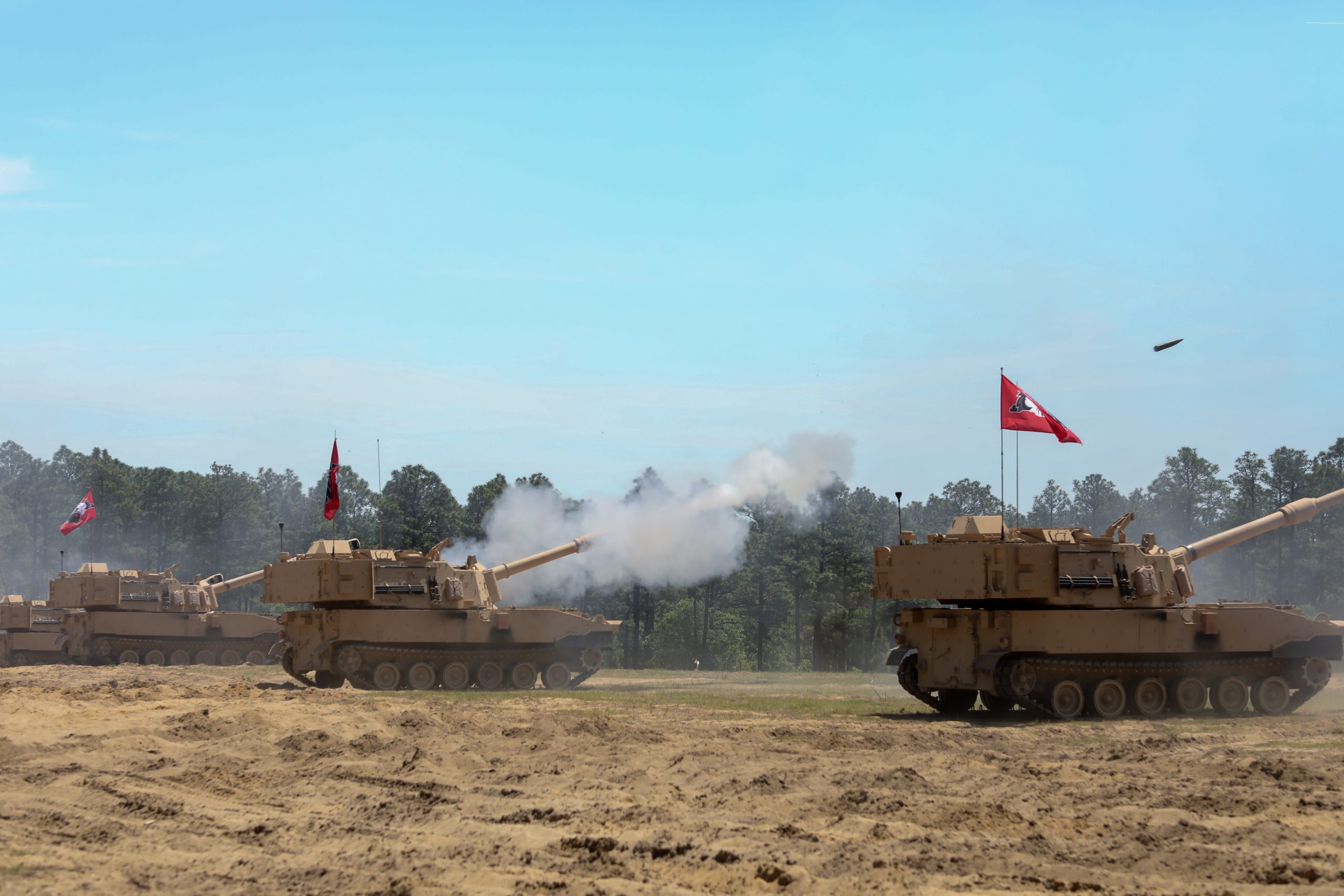 The 30th ABCT was the first National Guard brigade to receive the newest iteration of the Paladin and trained for almost two weeks before the live-fire event.

During the training, 1-113th Soldiers had the opportunities to learn the differences between the old hydraulic system and the new electric system before heading to the range.

“The new weapons system allows us to do it a little bit faster,” Fields said. “Everything went from hydraulic to electric. It allows us to mitigate some of the maintenance issues we had in the past.”

Col. Wes Morrison, the 30th ABCT Commander, saw the opportunity to be the first Guard unit to receive the Paladins as an honor.

“The 1-113th, with their history and the leadership they show in the field artillery community, they’re certainly deserving,” said Morrison.

Soldiers with the 1-113th, who returned home from the Middle East less than a year ago, will have spent 23 days training on the new equipment, which falls in line with the Army’s post-deployment training goals.

“To get such a brand new piece of equipment and be able to come out post-deployment and modernize as we talk about in the Army; post-deployment you modernize on equipment, and then you start a new training cycle, so it’s perfect for them,” Morrison said.

Soldiers firing the new artillery were excited to get the hands-on training and took pride in learning how the new equipment operates.

“We’re excited to be given that honor and get to shoot these first,” Fields said. “To shoot artillery and send that 100 pounds downrange in support of our brothers downrange, it’s a great feeling.”

The 1-113th replaced their entire fleet of Paladins with the new A7 model.