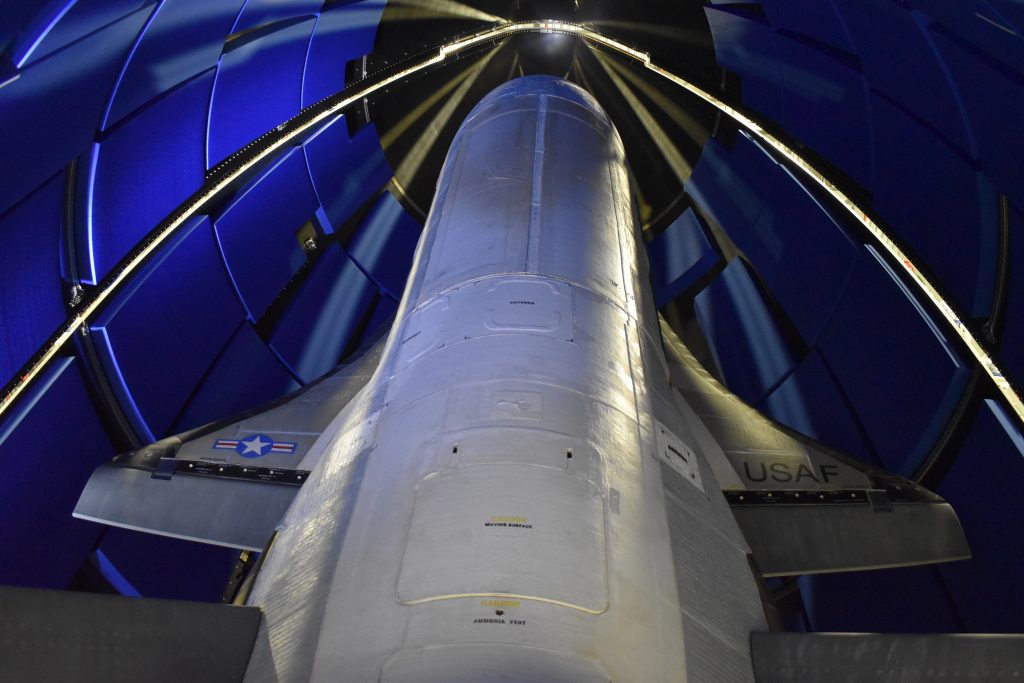 SEPTEMBER 23, 2020 – While advancing plans for unprecedented lunar exploration under the Artemis program, NASA also is building on a longstanding partnership with the Defense Department according to a memorandum of understanding announced today by Space Force Gen. John W. “Jay” Raymond and NASA Administrator Jim Bridenstine.

The agreement commits DOD and NASA to broad collaboration in areas that include human spaceflight, space policy, space transportation, standards and best practices for safe operations in space, scientific research and planetary defense.

The MOU replaces an agreement signed 14 years ago between NASA and the U.S. Air Force Space Command, under which the two organizations exchanged research and development information, sought to reduce duplication of system development and collaborated in the long-term planning of each organization’s space roadmaps.

The security of the space domain has become more challenging with competitor nations able to jam, spoof, hack and use lasers to attack satellites and communications systems, Bridenstine said.

“We want to see behaviors improved in space,” he said, “and the Space Force will be an important partner in ensuring space is secure and is used peacefully for the benefit of all of humanity.”

Those assets are vital to the joint force and those capabilities are shared with allies and partners, he added.

NASA, on the other hand, is in science, technology and exploration missions, which are distinct from what the Space Force does, Raymond said.

But besides operating together in the space domain, the two organizations share the space industrial base, research and development and science and technology that benefit both, he said.

This MOU reiterates the close collaboration that DOD has had with NASA since its founding in 1958, Raymond said, mentioning that most of the astronauts leading up to the moon landings were military personnel.

Bridenstine mentioned that as part of its Artemis program, NASA plans to send the first astronauts to the lunar surface in 2024 and establish a sustainable presence there by the end of the decade. The agency will then use the Moon to prepare for its next giant leap — human exploration of Mars.

Raymond said the Space Force will support those missions as well.